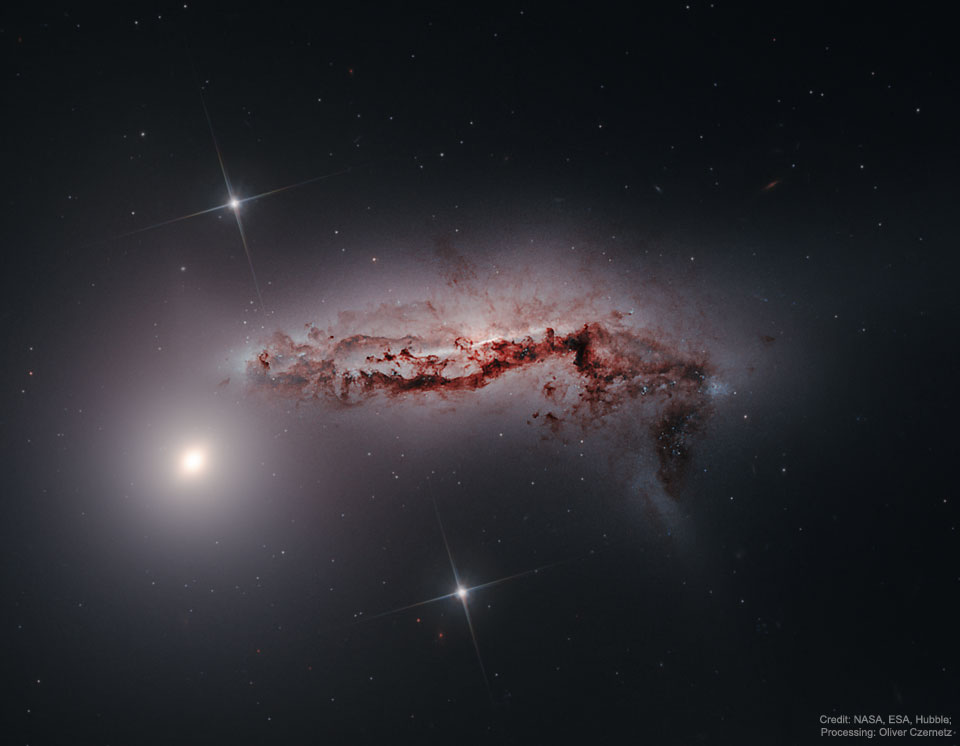 Explanation: Scanning the skies for galaxies, Canadian astronomer Paul Hickson and colleagues identified some 100 compact groups of galaxies, now appropriately called Hickson Compact Groups (HCGs). This sharp Hubble image shows one such galaxy group, HCG 90, in startling detail. Three galaxies -- two visible here -- are revealed to be strongly interacting: a dusty spiral galaxy stretched and distorted in the image center, and two large elliptical galaxies. The close encounter will trigger furious star formation. On a cosmic timescale, the gravitational tug of war will eventually result in the merger of the trio into a large single galaxy. The merger process is now understood to be a normal part of the evolution of galaxies, including our own Milky Way. HCG 90 lies about 100 million light-years away toward the constellation of the Southern Fish (Piscis Austrinus). This Hubble view spans about 40,000 light-years at that estimated distance. Of course, Hickson Compact Groups also make for rewarding viewing for Earth-bound astronomers with more modest sized telescopes.