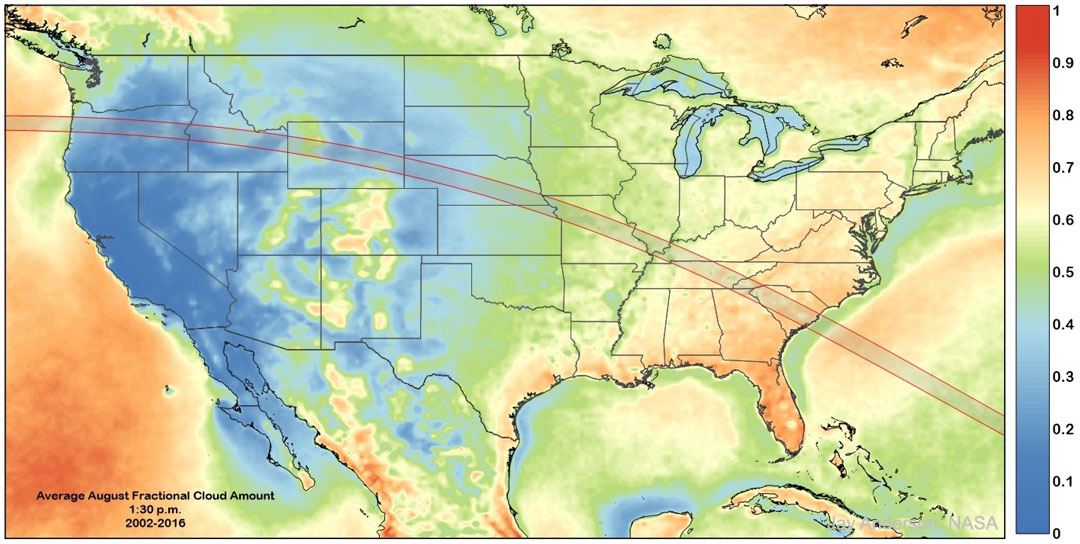 Explanation: Are you planning to see the American Eclipse on August 21? A few hours after sunrise, a rare total eclipse of the Sun will be visible along a narrow path across the USA. Those only near the path will see a partial eclipse. Although some Americans live right in path of totality, surely many more will be able to get there after a well-planned drive. One problem with eclipses, though, is that clouds sometimes get in the way. To increase your clear-viewing odds, you might consult the featured map and find a convenient destination with a historically low chance (more blue) of thick clouds overhead during totality. Given the large fraction of Americans carrying camera-equipped smartphones, this American Eclipse may turn out to be the most photographed event in the history of the world.