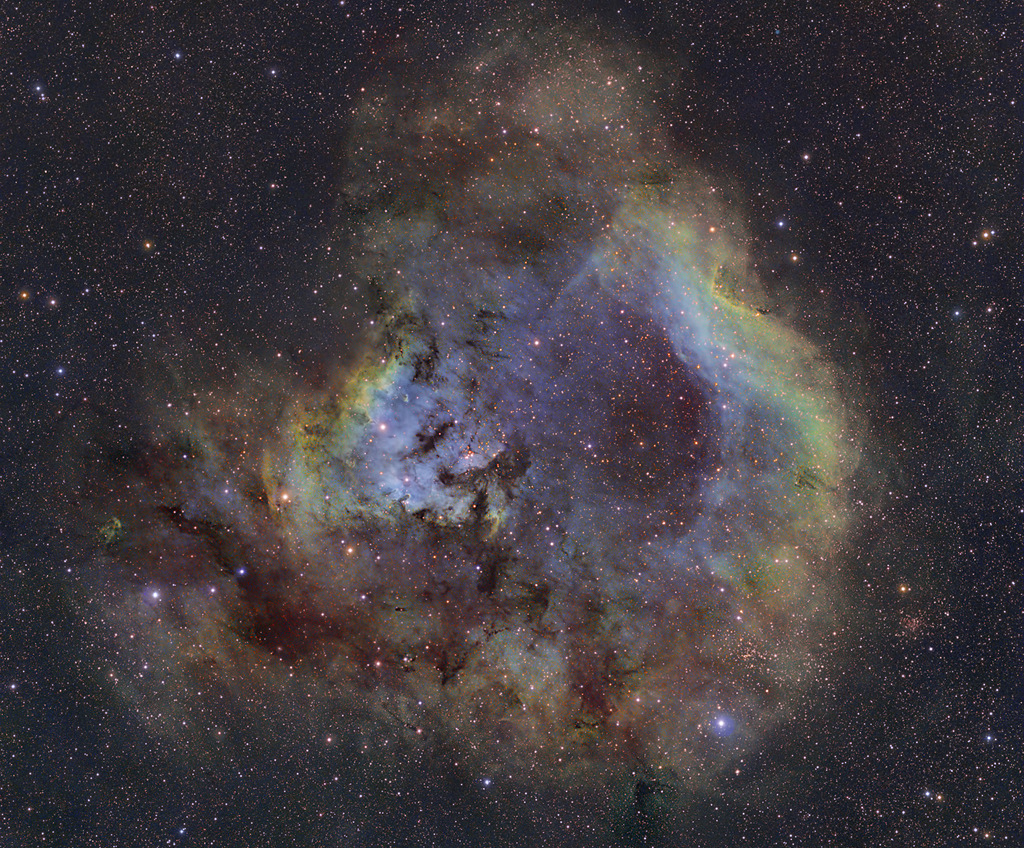 Explanation: Hot, young stars and cosmic pillars of gas and dust seem to crowd into NGC 7822. At the edge of a giant molecular cloud toward the northern constellation Cepheus, the glowing star forming region lies about 3,000 light-years away. Within the nebula, bright edges and dark shapes stand out in this colorful skyscape. The image includes data from narrowband filters, mapping emission from atomic oxygen, hydrogen, and sulfur into blue, green, and red hues. The emission line and color combination has become well-known as the Hubble palette. The atomic emission is powered by energetic radiation from the central hot stars. Their powerful winds and radiation sculpt and erode the denser pillar shapes and clear out a characteristic cavity light-years across the center of the natal cloud. Stars could still be forming inside the pillars by gravitational collapse but as the pillars are eroded away, any forming stars will ultimately be cutoff from their reservoir of star stuff. This field of view spans over 40 light-years at the estimated distance of NGC 7822.