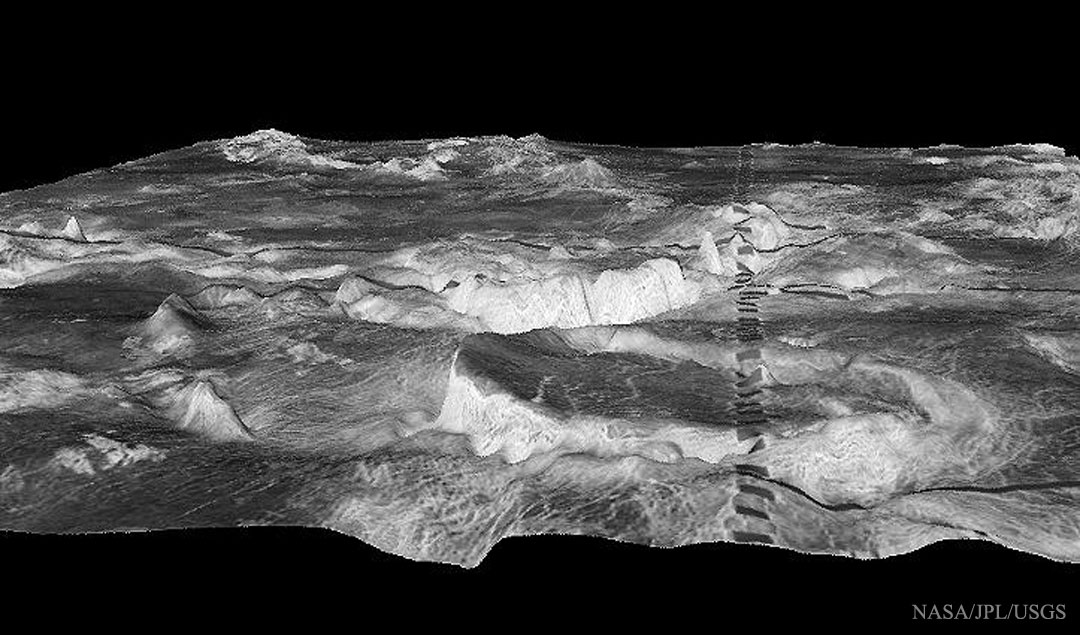 Explanation: What could cause a huge cylindrical mountain to rise from the surface of Venus? Such features that occur on Venus are known as coronas. Pictured here in the foreground is 500-kilometer wide Atete Corona found in a region of Venus known as the Galindo. The featured image was created by combining multiple radar maps of the region to form a computer-generated three-dimensional perspective. The series of dark rectangles that cross the image from top to bottom were created by the imaging procedure and are not real. The origin of massive coronas remains a topic of research although speculation holds they result from volcanism. Studying Venusian coronas help scientists better understand the inner structure of both Venus and Earth.