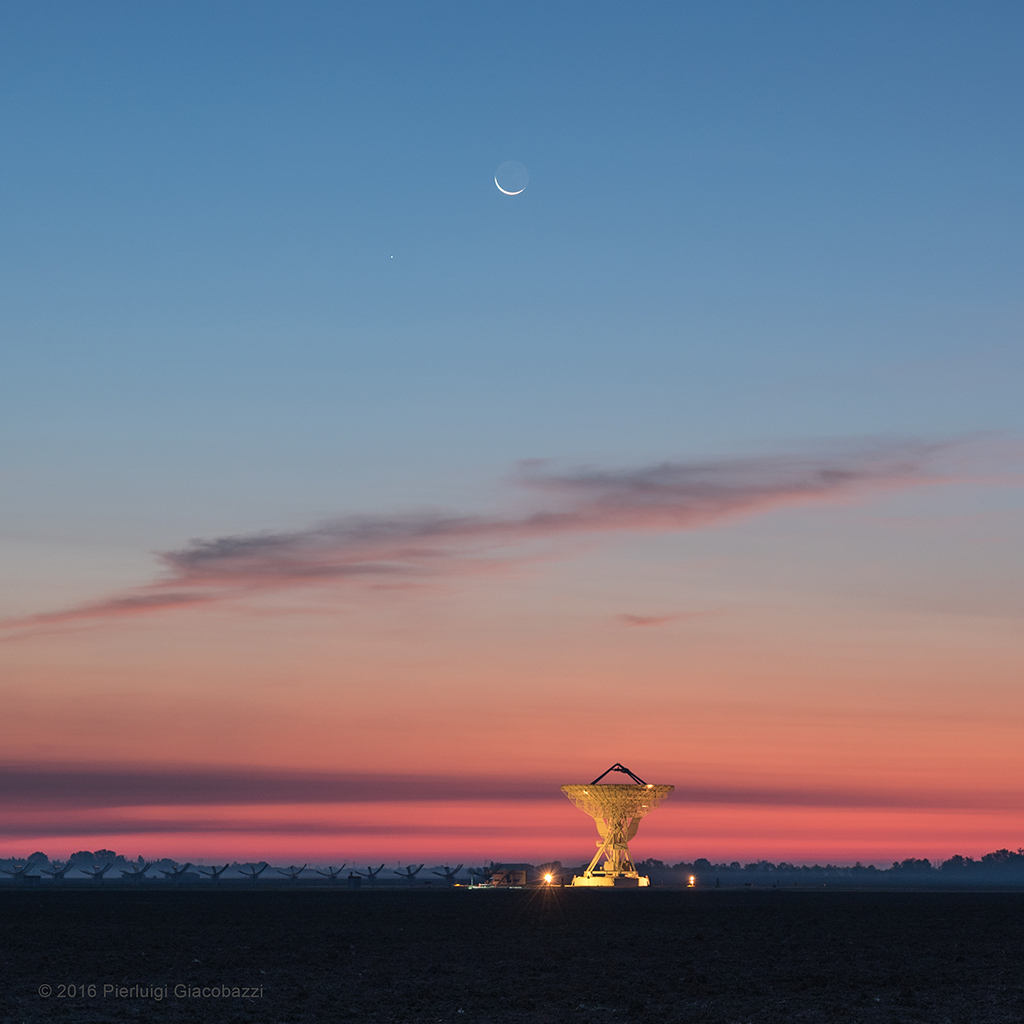 Explanation: Sharing dawn's twilight with the Moon on September 29, Mercury was about as far from the Sun as it can wander, the innermost planet close to its maximum elongation in planet Earth's skies. In this colorful scene fleeting Mercury is joined by a waning sunlit lunar crescent and earthlit lunar nightside, the New Moon in the Old Moon's arms. Below is the Italian Medicina Radio Astronomical Station near Bologna with a low row of antennae that is part of Italy's first radio telescope array dubbed the "Northern Cross", and a 32-meter-diameter parabolic dish. Of course, moonwatchers won't have to rise in early morning hours on October 8. After sunset the Moon will be high and bright in evening skies, at its first quarter phase for International Observe the Moon Night.