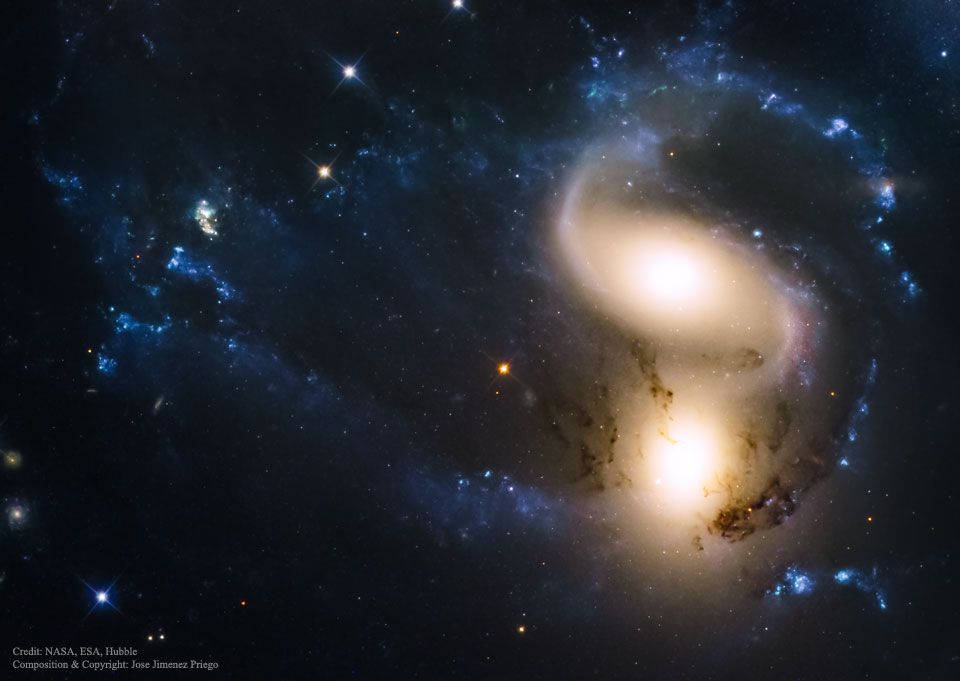 Explanation: Will either of these galaxies survive? In what might be dubbed as a semi-final round in a galactic elimination tournament, the two spirals of NGC 7318 are colliding. The featured picture was created from images taken by the Hubble Space Telescope. When galaxies crash into each other, many things may happen including gravitational distortion, gas condensing to produce new episodes of star formation, and ultimately the two galaxies combining into one. Since these two galaxies are part of Stephan's Quintet, a final round of battling galaxies will likely occur over the next few billion years with the eventual result of many scattered stars and one large galaxy. Quite possibly, the remaining galaxy will not be easily identified with any of its initial galactic components. Stephan's Quintet was the first identified galaxy group, lies about 300 million light years away, and is visible through a moderately-sized telescope toward the constellation of the Winged Horse (Pegasus).