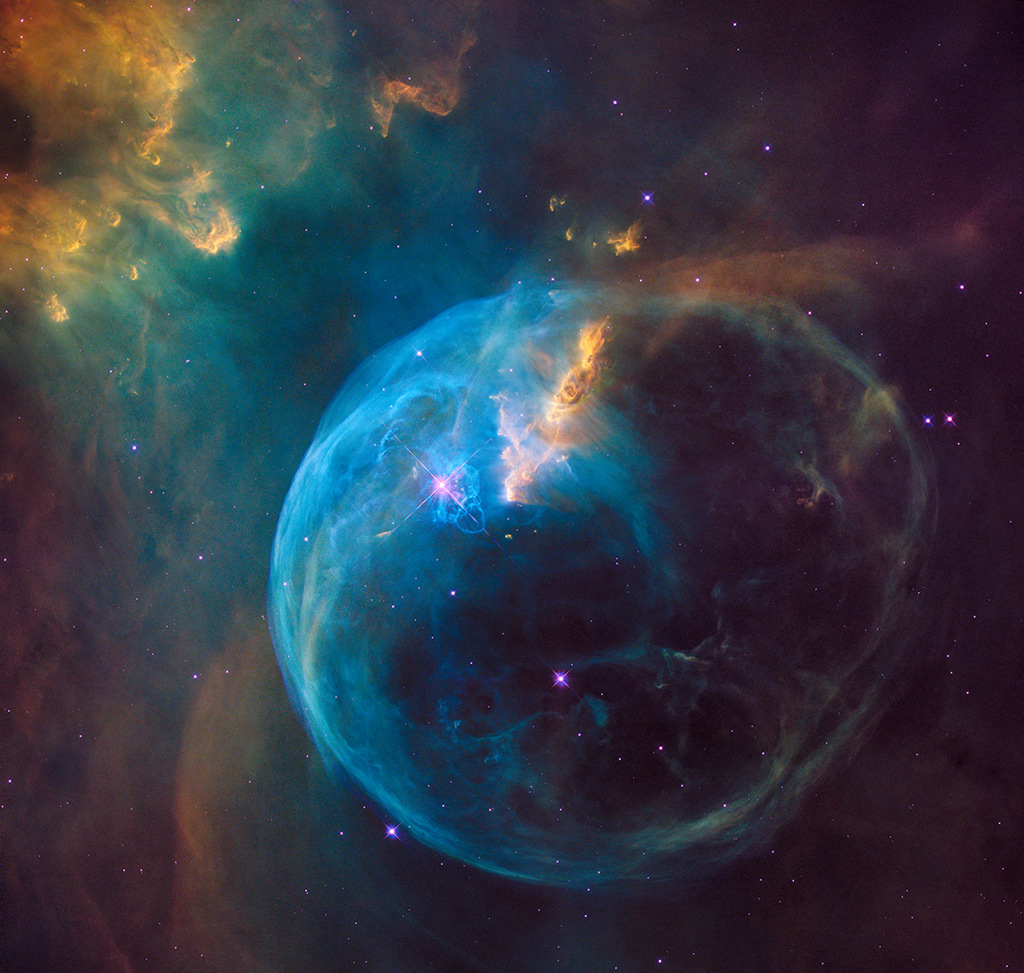 Explanation: Blown by the wind from a massive star, this interstellar apparition has a surprisingly familiar shape. Cataloged as NGC 7635, it is also known simply as The Bubble Nebula. Although it looks delicate, the 7 light-year diameter bubble offers evidence of violent processes at work. Above and left of the Bubble's center is a hot, O-type star, several hundred thousand times more luminous and around 45 times more massive than the Sun. A fierce stellar wind and intense radiation from that star has blasted out the structure of glowing gas against denser material in a surrounding molecular cloud. The intriguing Bubble Nebula and associated cloud complex lie a mere 7,100 light-years away toward the boastful constellation Cassiopeia. This sharp, tantalizing view of the cosmic bubble is a composite of Hubble Space Telescope image data from 2016, released to celebrate the 26th anniversary of Hubble's launch.