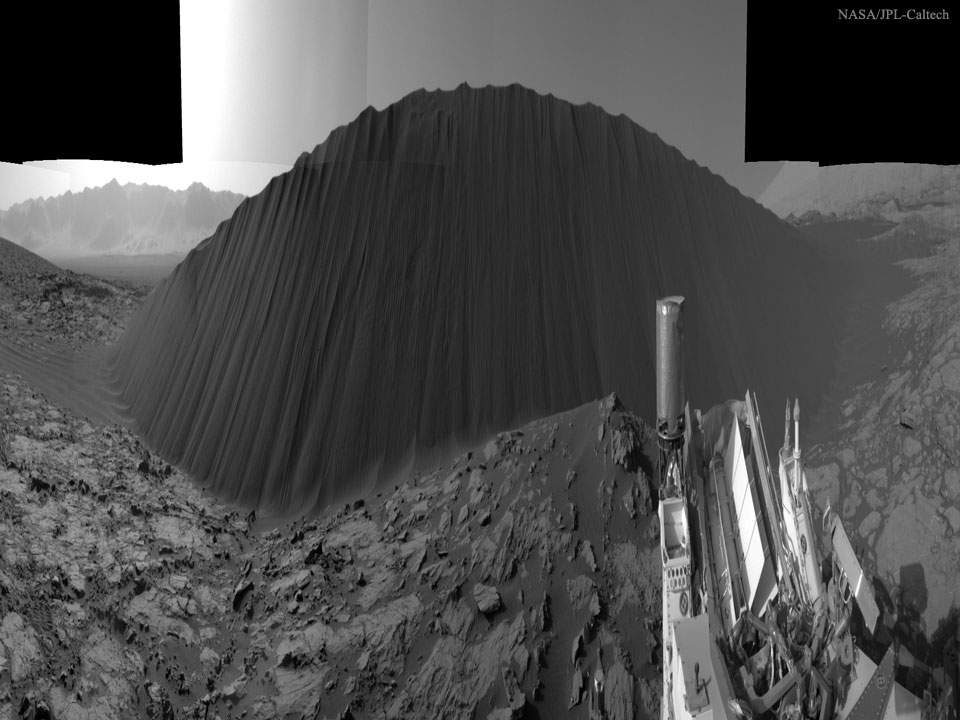 Explanation: What is that dark sand dune doing on Mars? NASA's robotic rover Curiosity has been studying it to find out, making this the first-ever up-close investigation of an active sand dune on another world. Named Namib Dune, the dark sand mound stands about 4 meters tall and, along with the other Bagnold Dunes, is located on the northwestern flank of Mount Sharp. The featured image was taken last month and horizontally compressed here for comprehensibility. Wind is causing the dune to advance about one meter a year across the light bedrock underneath, and wind-blown sand is visible on the left. Part of the Curiosity rover itself is visible on the lower right. Just in the past few days, Curiosity scooped up some of the dark sand for a detailed analysis. After further exploration of the Bagnold Dunes, Curiosity is scheduled to continue its trek up the 5-kilometer tall Mount Sharp, the central peak in the large crater where the car-sized rover landed.