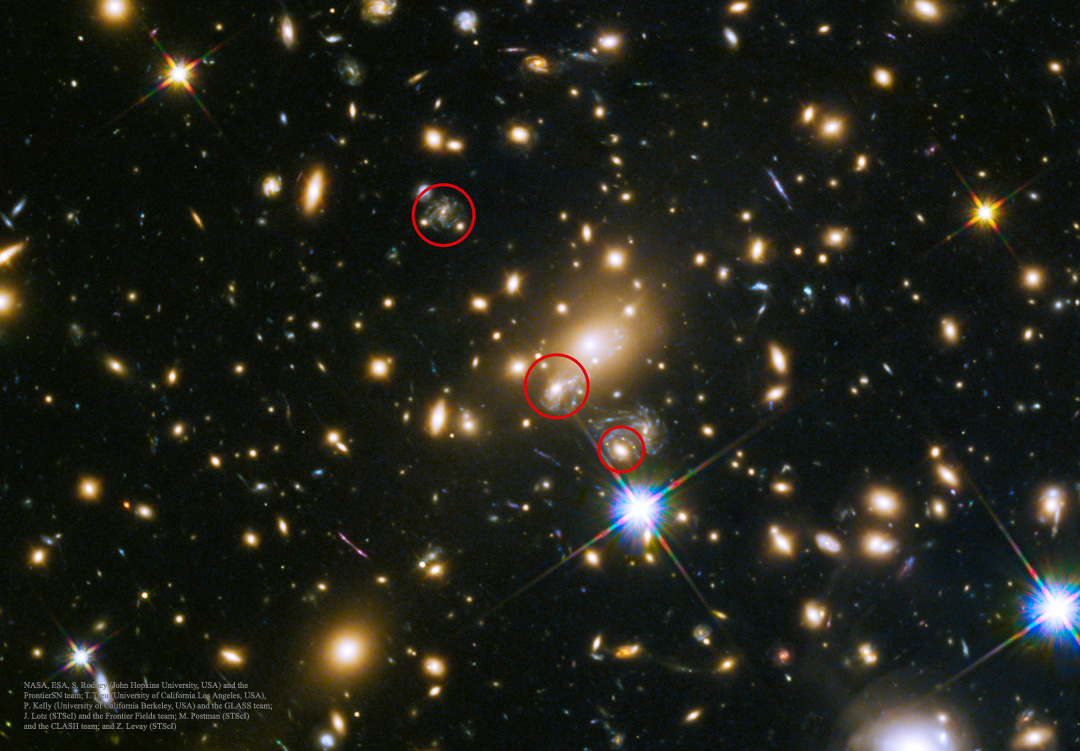 Explanation: It's back. Never before has an observed supernova been predicted. The unique astronomical event occurred in the field of galaxy cluster MACS J1149.5+2223. Most bright spots in the featured image are galaxies in this cluster. The actual supernova, dubbed Supernova Refsdal, occurred just once far across the universe and well behind this massive galaxy cluster. Gravity caused the cluster to act as a massive gravitational lens, splitting the image of Supernova Refsdal into multiple bright images. One of these images arrived at Earth about ten years ago, likely in the upper red circle, and was missed. Four more bright images peaked in April in the lowest red circle, spread around a massive galaxy in the cluster as the first Einstein Cross supernova. But there was more. Analyses revealed that a sixth bright supernova image was likely still on its way to Earth and likely to arrive within the next year. Earlier this month -- right on schedule -- this sixth bright image was recovered, in the middle red circle, as predicted. Studying image sequences like this help humanity to understand how matter is distributed in galaxies and clusters, how fast the universe expands, and how massive stars explode.