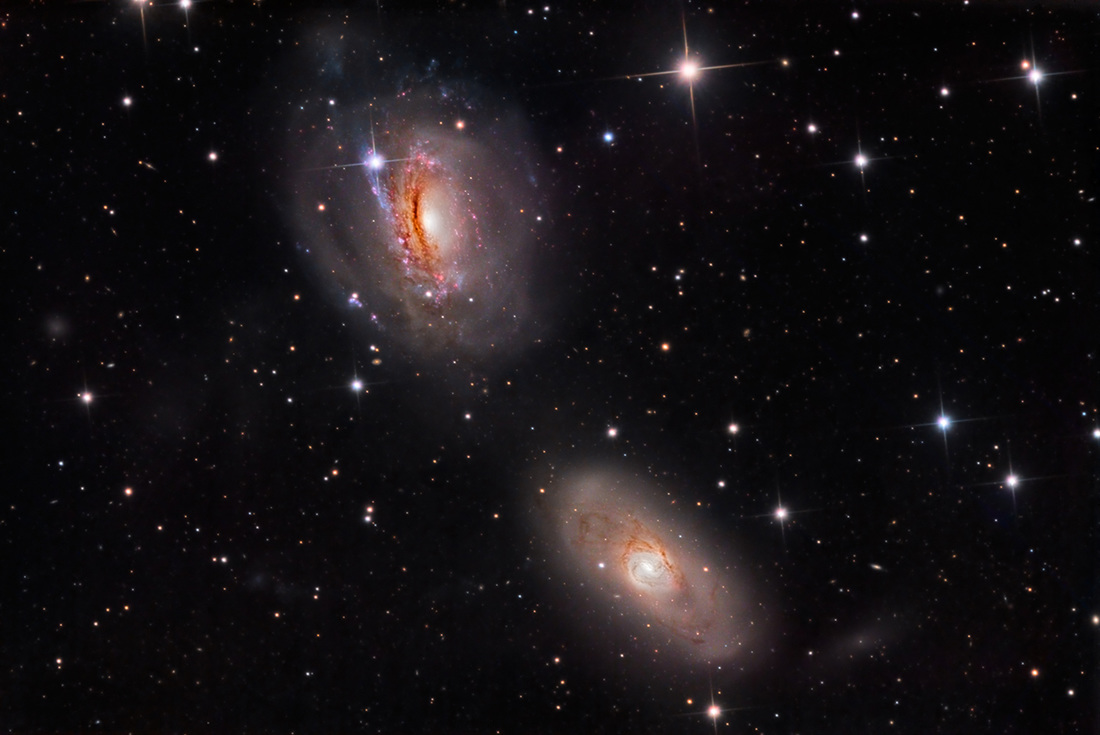 Explanation: Spiral galaxy NGC 3169 appears to be unraveling in this cosmic scene, played out some 70 million light-years away just below bright star Regulus toward the faint constellation Sextans. Its beautiful spiral arms are distorted into sweeping tidal tails as NGC 3169 (top) and neighboring NGC 3166 interact gravitationally, a common fate even for bright galaxies in the local universe. In fact, drawn out stellar arcs and plumes, indications of gravitational interactions, seem rampant in the deep and colorful galaxy group photo. The picture spans 20 arc minutes, or about 400,000 light-years at the group's estimated distance, and includes smaller, dimmer NGC 3165 at bottom right. NGC 3169 is also known to shine across the spectrum from radio to X-rays, harboring an active galactic nucleus that is likely the site of a supermassive black hole.