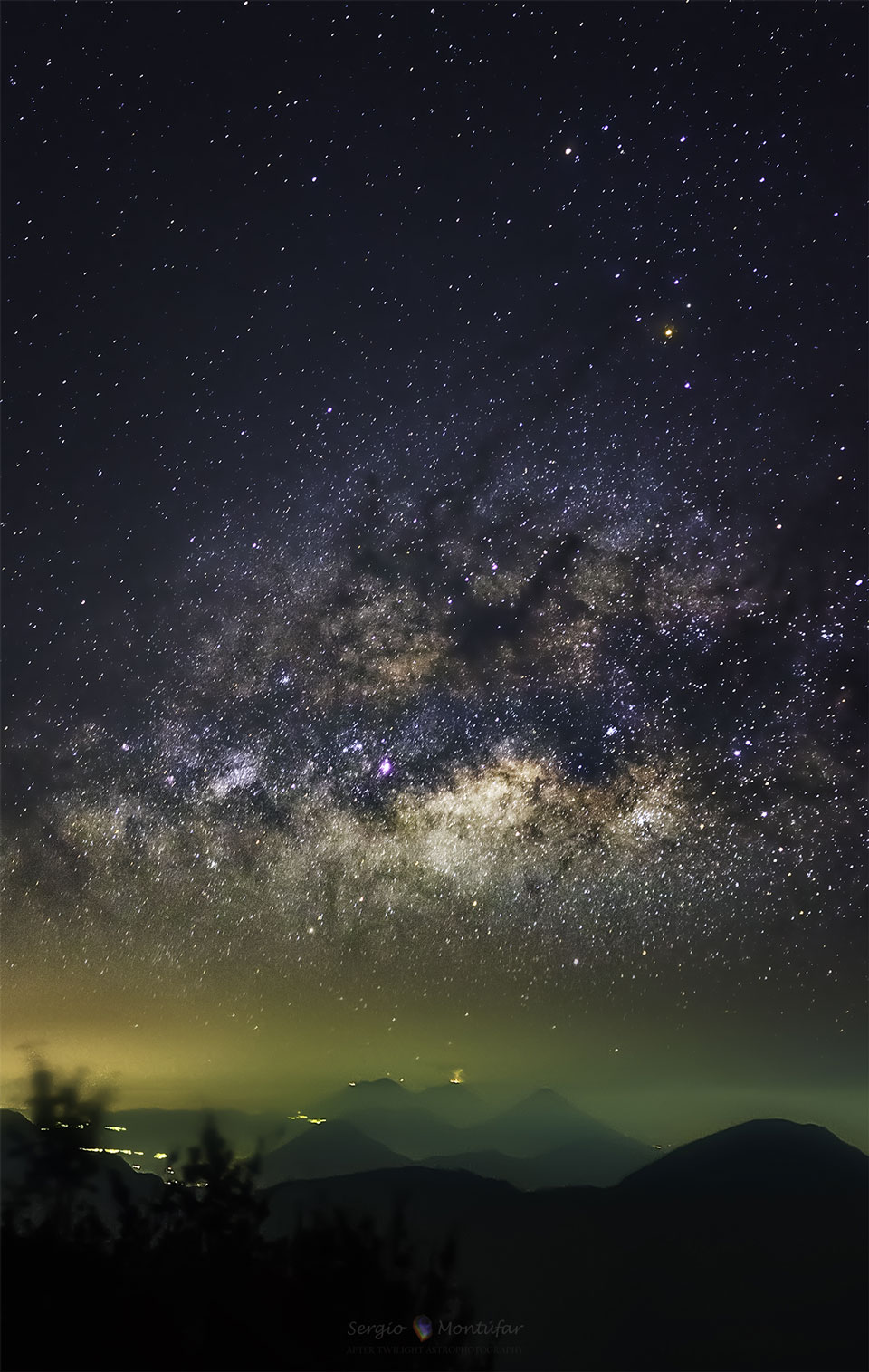 Explanation: The view was worth the trip. Battling high winds, cold temperatures, and low oxygen, the trek to near the top of the volcano Santa Maria in Guatemala -- while carrying sensitive camera equipment -- was lonely and difficult. Once set up, though, the camera captured this breathtaking vista during the early morning hours of February 28. Visible on the ground are six volcanoes of the Central America Volcanic Arc, including Fuego, the Volcano of Fire, which is seen erupting in the distance. Visible in the sky, in separate exposures taken a few minutes later, are many stars much further in the distance, as well as the central band of our Milky Way Galaxy situated horizontally overhead.