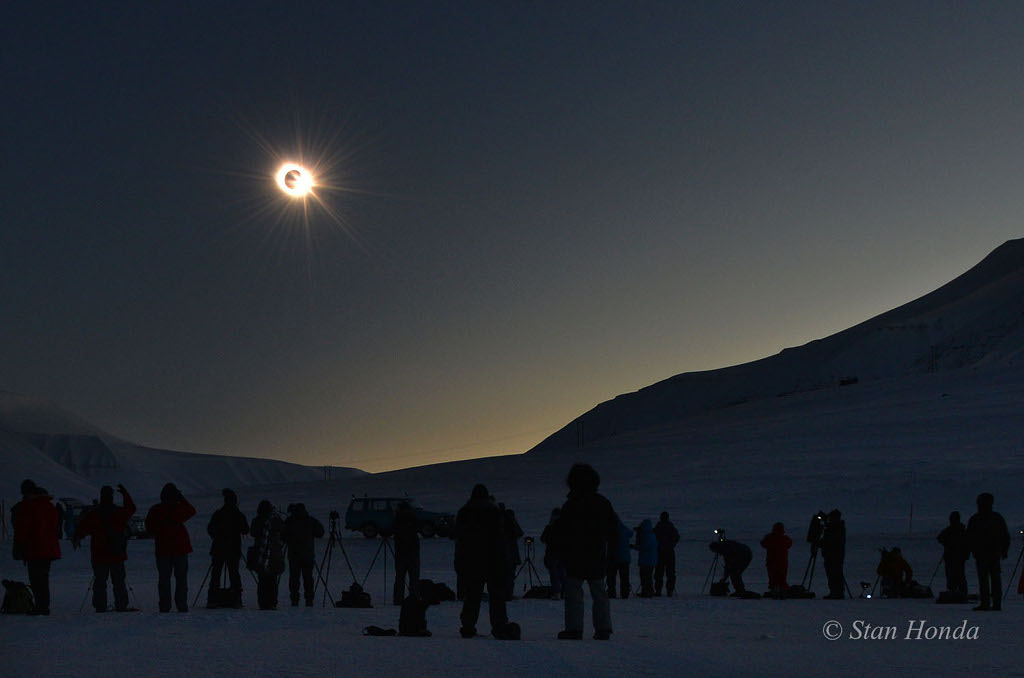 Explanation: Snowy and cold is weather you might expect at the start of spring for Longyearbyen on the Arctic archipelago of Svalbard, Norway. But that turned out to be good weather for watching the Moon's umbral shadow race across northern planet Earth. The region was plunged into darkness for 3 minutes during the March 20 total solar eclipse while insulated eclipse chasers witnessed the dark Sun in the cold clear sky. In this well-timed snapshot captured near the end of totality, the Moon's shadow sweeps away from the horizon and the solar corona fades as the lunar disk just begins to uncover the Sun. Streaming past the Moon's edge, direct rays of sunlight create the fleeting appearance of a glistening diamond ring.