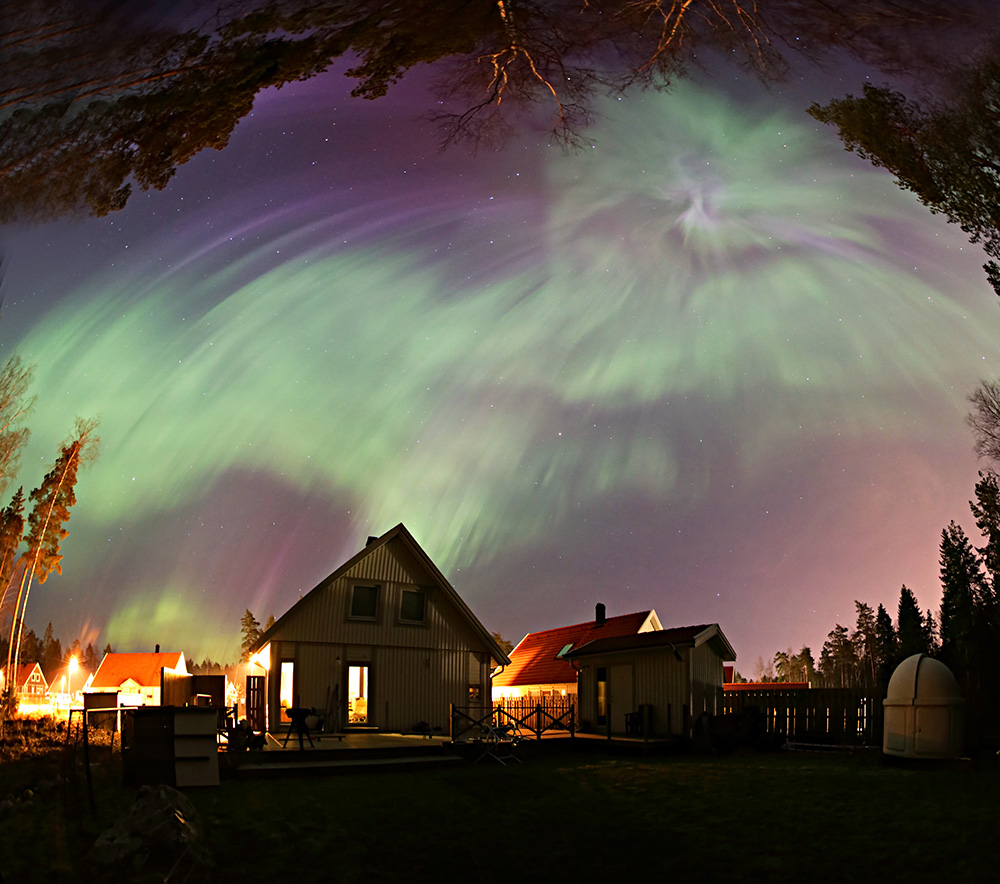 Explanation: On the night of March 17/18 this umbrella of northern lights unfolded over backyards in Vallentuna, Sweden about 30 kilometers north of Stockholm. A result of the strongest geomagnetic storm of this solar cycle, auroral displays were captured on that night from back and front yards at even lower latitudes, including sightings in the midwestern United States. A boon for aurora hunting skywatchers, the space storm began building when a coronal mass ejection, launched by solar activity some two days earlier, struck planet Earth's magnetosphere. So what's the name of the backyard observatory on the right of the wide field view? That's Carpe Noctem Observatory, of course.