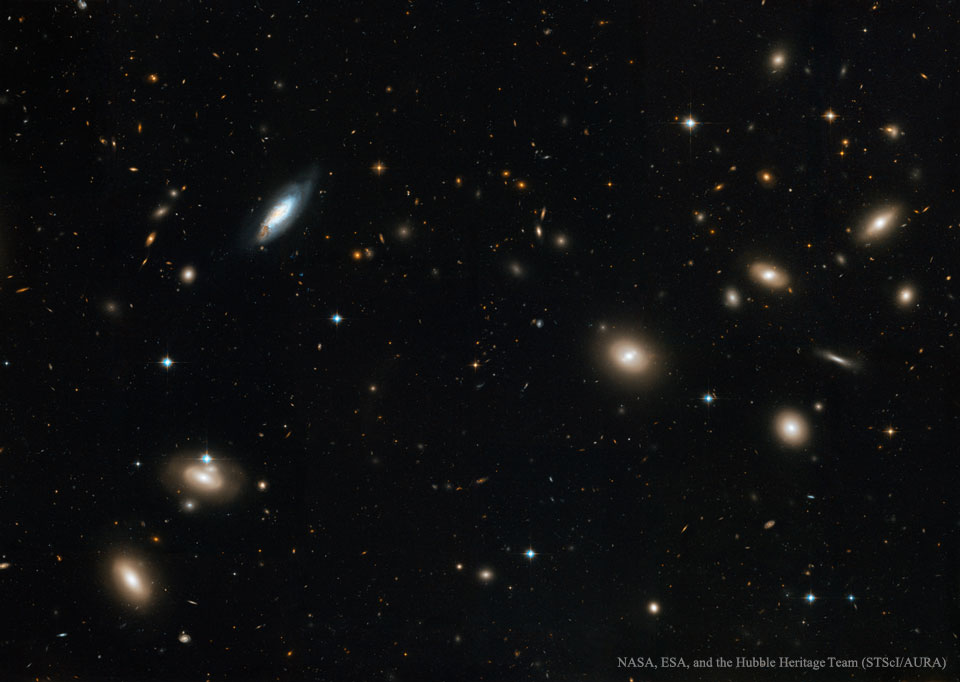 Explanation: Almost every object in the above photograph is a galaxy. The Coma Cluster of Galaxies pictured above is one of the densest clusters known - it contains thousands of galaxies. Each of these galaxies houses billions of stars - just as our own Milky Way Galaxy does. Although nearby when compared to most other clusters, light from the Coma Cluster still takes hundreds of millions of years to reach us. In fact, the Coma Cluster is so big it takes light millions of years just to go from one side to the other! The above mosaic of images of a small portion of Coma was taken in unprecedented detail in 2006 by the Hubble Space Telescope to investigate how galaxies in rich clusters form and evolve. Most galaxies in Coma and other clusters are ellipticals, although some imaged here are clearly spirals. The spiral galaxy on the upper left of the above image can also be found as one of the bluer galaxies on the upper left of this wider field image. In the background thousands of unrelated galaxies are visible far across the universe.