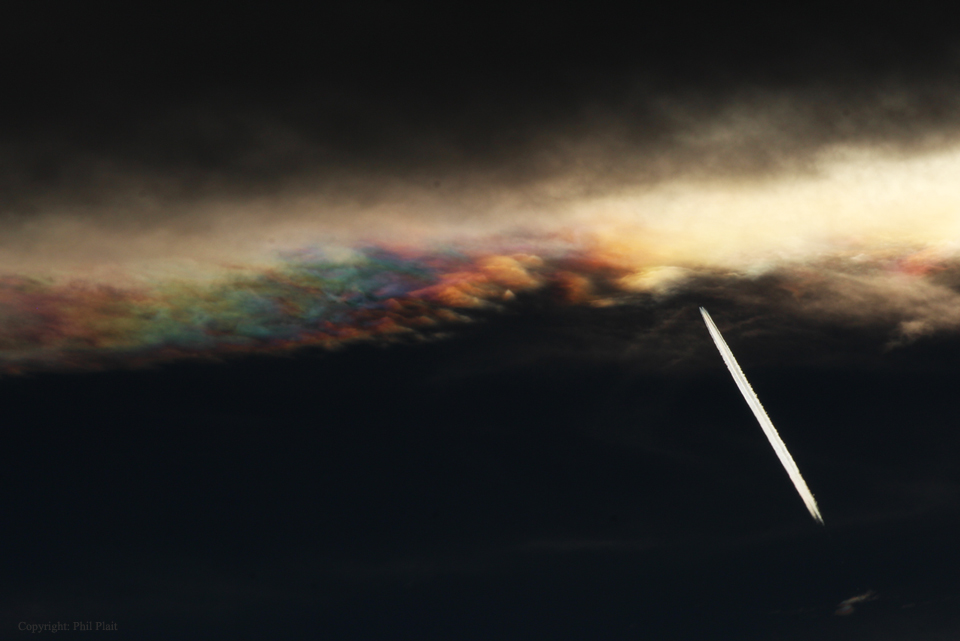 Explanation: Sometimes your eclipse viewing goes bad in an interesting way. While watching and photographing last Thursday's partial solar eclipse, a popular astronomy blogger suffered through long periods of clouds blocking the Sun. Unexpectedly, however, a nearby cloud began to show a rare effect: iridescence. Frequently part of a more familiar solar corona effect, iridescence is the diffraction of sunlight around a thin screen of nearly uniformly-sized water droplets. Different colors of the sunlight become deflected by slightly different angles and so come to the observer from slightly different directions. This display, featured here, was quite bright and exhibited an unusually broad range of colors. On the right, the contrails of an airplane are also visible.