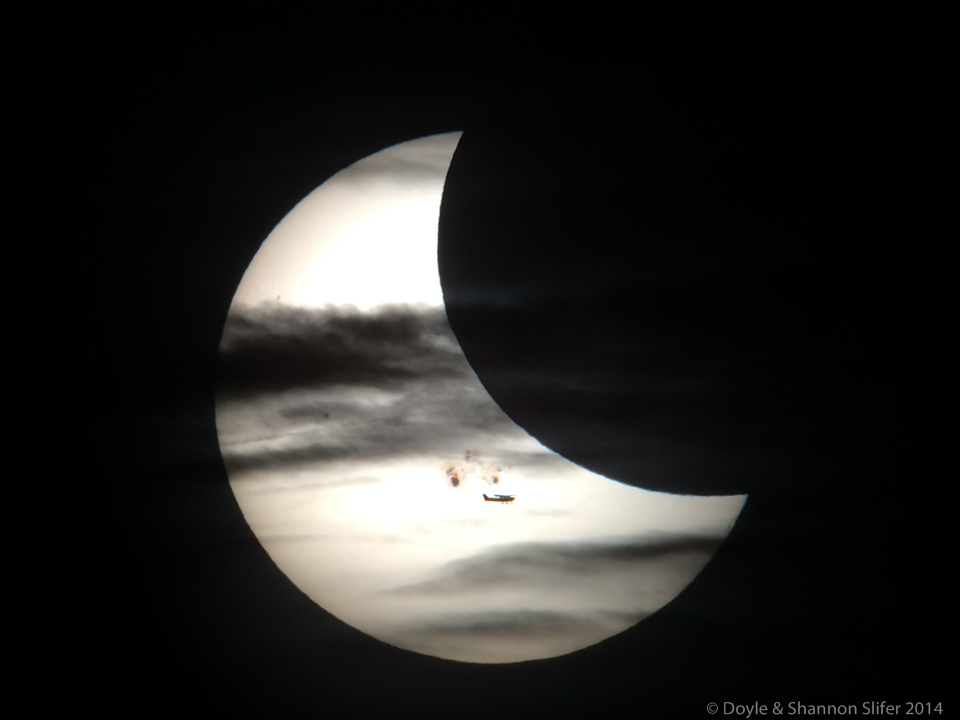 Explanation: What's that in front of the Sun? The closest object is an airplane, visible just below the Sun's center and caught purely by chance. Next out are numerous clouds in Earth's atmosphere, creating a series of darkened horizontal streaks. Farther out is Earth's Moon, seen as the large dark circular bite on the upper right. Just above the airplane and just below the Sun's surface are sunspots. The main sunspot group captured here, AR 2192, is one of the largest ever recorded and has been crackling and bursting with flares since it came around the edge of the Sun early last week. Taken last Thursday, this show of solar silhouettes was unfortunately short-lived. Within a few seconds the plane flew away. Within a few minutes the clouds drifted off. Within a few hours the partial solar eclipse of the Sun by the Moon was over. Only the sunspot group remains, but within a few more days even AR 2192 will disappear around the edge of the Sun. Fortunately, when it comes to the Sun, even unexpected alignments are surprisingly frequent.