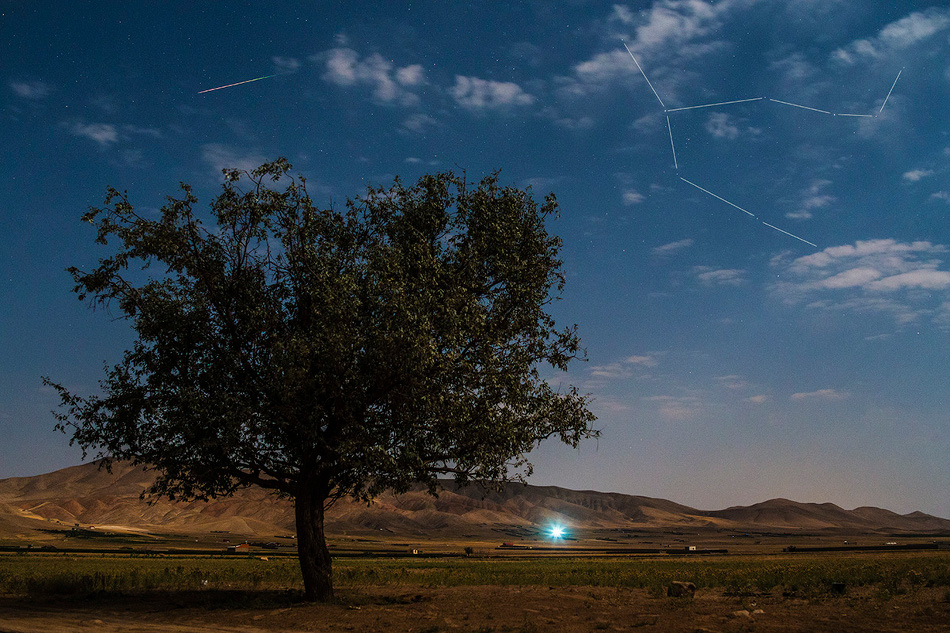 Explanation: Bright moonlight from a Full Moon near perigee illuminates the night and casts shadows in this skyscape from central Iran. Taken on August 12, near the peak of the annual Perseid meteor shower the exposure also captures a bright and colorful perseid streak above the shady tree in the foreground. This year the super moonlight interfered with meteor watching into the early morning hours, overwhelming the trails from many fainter perseids in the shower. Brighter perseids like this one were still visible though, their trails pointing back to the heroic constellation Perseus outlined at the right. Swept up as planet Earth orbits through dust left behind from periodic comet Swift-Tuttle, the cosmic grains that produce perseid meteors enter the atmosphere at nearly 60 kilometers per second, heated to incandesence and vaporized at altitudes of about 100 kilometers. Next year, Perseid meteors will flash through dark skies under a New Moon.

Editor's note: The outline of Perseus in the picture is close, but not quite right.
A corrected version is available here, thanks to Wil Tirion.