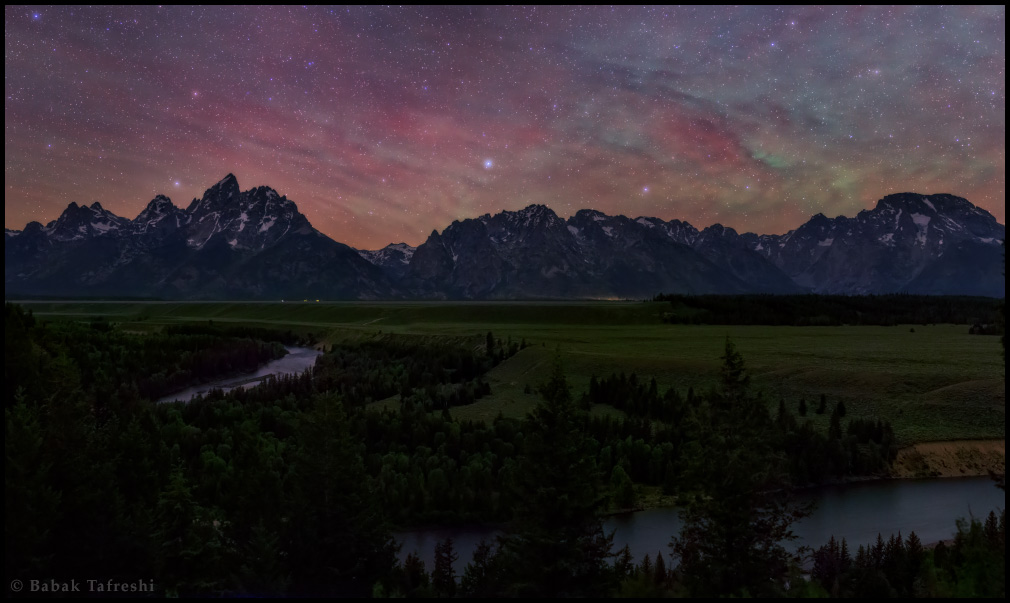 Explanation: An alluring night skyscape, this scene looks west across the Grand Teton National Park, Wyoming, USA, Planet Earth. The Snake River glides through the foreground, while above the Tetons' rugged mountain peaks the starry sky is laced with exceptionally strong red and green airglow. That night, the luminous atmospheric glow was just faintly visible to the eye, its color and wavey structure captured only by a sensitive digital camera. In fact, this contemporary digital photograph matches the location and perspective of a well-known photograph from 1942 - The Tetons and The Snake River , by Ansel Adams, renowned photographer of the American West. Adams' image is one of 115 images stored on the Voyager Golden Record. Humanity's message in a bottle, golden records were onboard both Voyager 1 and Voyager 2 spacecraft, launched in 1977 and now headed toward interstellar space.