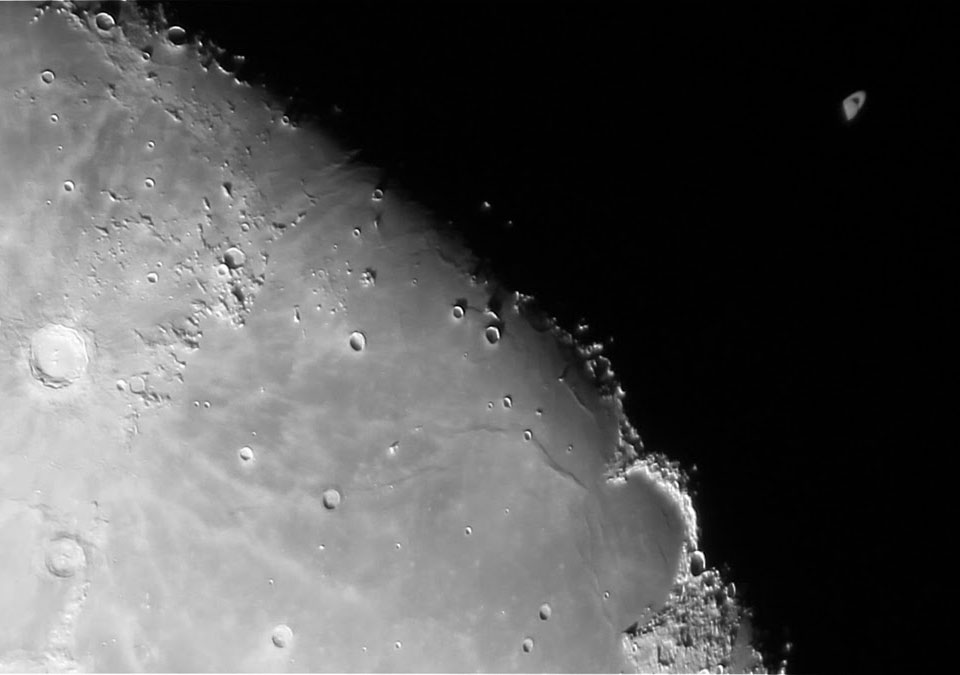 Explanation: What happened to half of Saturn? Nothing other than Earth's Moon getting in the way. As pictured above on the far right, Saturn is partly eclipsed by a dark edge of a Moon itself only partly illuminated by the Sun. This year the orbits of the Moon and Saturn have led to an unusually high number of alignments of the ringed giant behind Earth's largest satellite. Technically termed an occultation, the above image captured one such photogenic juxtaposition from Buenos Aires, Argentina that occurred early last week. Visible to the unaided eye but best viewed with binoculars, there are still four more eclipses of Saturn by our Moon left in 2014. The next one will be on August 4 and visible from Australia, while the one after will occur on August 31 and be visible from western Africa at night but simultaneously from much of eastern North America during the day.