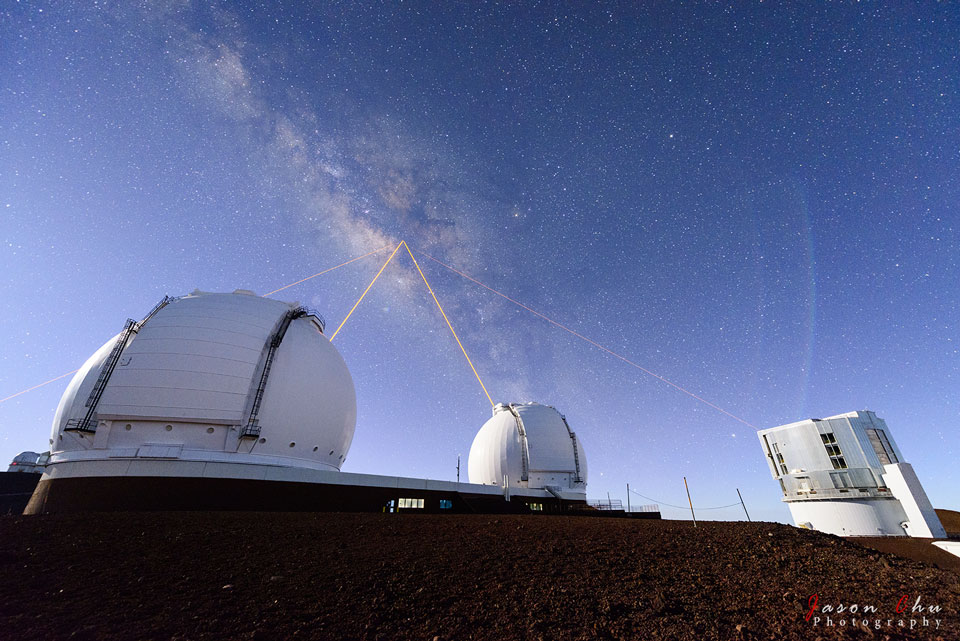 Explanation: Are lasers from giant telescopes being used to attack the Galactic center? No. Lasers shot from telescopes are now commonly used to help increase the accuracy of astronomical observations. In some sky locations, Earth atmosphere-induced fluctuations in starlight can indicate how the air mass over a telescope is changing, but many times no bright star exists in the direction where atmospheric information is needed. In these cases, astronomers create an artificial star where they need it -- with a laser. Subsequent observations of the artificial laser guide star can reveal information so detailed about the blurring effects of the Earth's atmosphere that much of this blurring can be removed by rapidly flexing the mirror. Such adaptive optic techniques allow high-resolution ground-based observations of real stars, planets, and nebulae. Pictured above, four telescopes on Mauna Kea, Hawaii, USA are being used simultaneously to study the center of our Galaxy and so all use a laser to create an artificial star nearby.