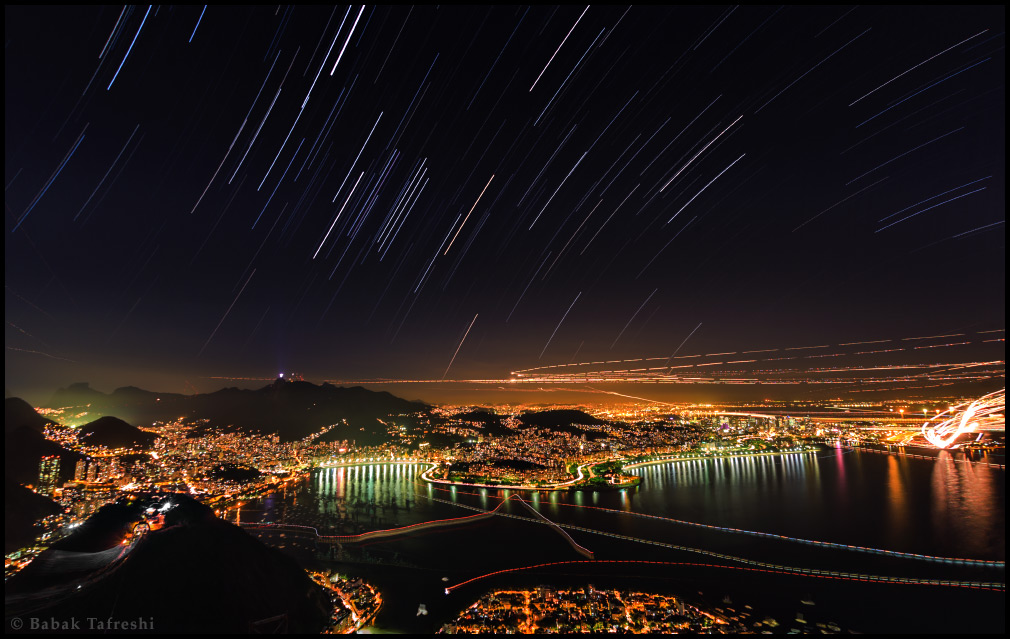 Explanation: In this night skyscape setting stars trail above the western horizon over Rio de Janeiro, Brazil, a venue for the 2014 World Cup. Gentle arcs from the bright, colorful stars of Orion are near the center of the frame, while the starfield itself straddles planet Earth's celestial equator during the long exposure. Of course, trails from more local lights seem to create the strident paths through the scene. Air traffic smears an intense glow over an airport at the far right, while helicopters fly above the city and boats cruise near the coast. Striping the waterfront are tantalizing reflections of bright lights along Rio's central beaches, Botafogo and Flamengo. Near the horizon, the brightest fixed light is the famous Cristo statue overlooking Rio at night.