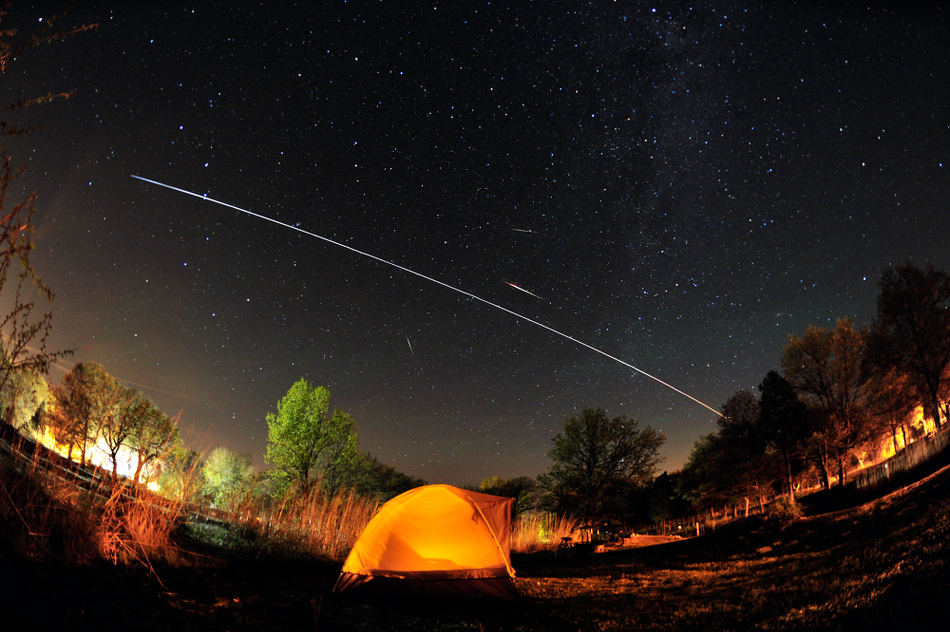 Explanation: From a camp on the northern shores of the Great Lake Erie, three short bright meteor streaks were captured in this composited night skyscape. Recorded over the early morning hours of May 24, the meteors are elusive Camelopardalids. Their trails point back to the meteor shower's radiant near Polaris, in the large but faint constellation Camelopardalis the camel leopard, or in modern terms the Giraffe. While a few meteors did appear, the shower was not an active one as the Earth crossed through the predicted debris trail of periodic comet 209P/LINEAR. Of course, the long bright streak in the image did appear as predicted. Early on May 24, the International Space Station made a bright passage through northern skies.