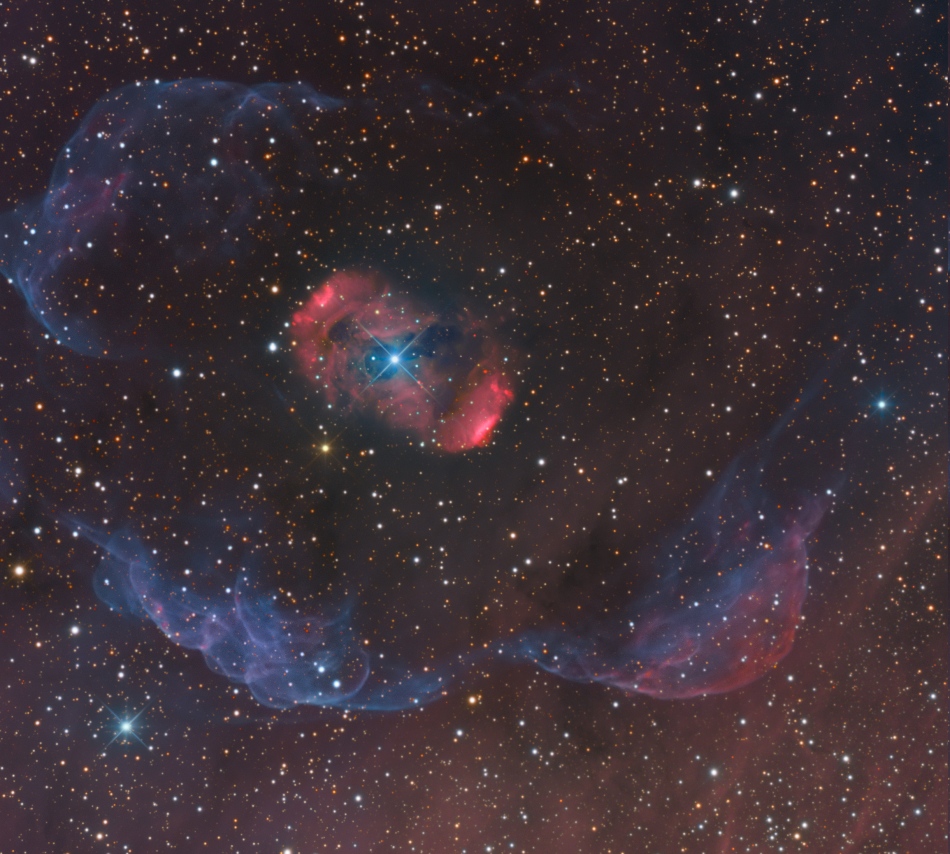 Explanation: Beautiful emission nebula NGC 6164 was created by a rare, hot, luminous O-type star, some 40 times as massive as the Sun. Seen at the center of the cosmic cloud, the star is a mere 3 to 4 million years old. In another three to four million years the massive star will end its life in a supernova explosion. Spanning around 4 light-years, the nebula itself has a bipolar symmetry. That makes it similar in appearance to more common and familiar planetary nebulae - the gaseous shrouds surrounding dying sun-like stars. Also like many planetary nebulae, NGC 6164 has been found to have an extensive, faint halo, revealed in this deep telescopic image of the region. Expanding into the surrounding interstellar medium, the material in the halo is likely from an earlier active phase of the O star. The gorgeous skyscape is a composite of extensive narrow-band image data, highlighting glowing atomic hydrogen gas in red and oxygen in blue hues, with broad-band data for the surrounding starfield. NGC 6164 is 4,200 light-years away in the right-angled southern constellation of Norma.