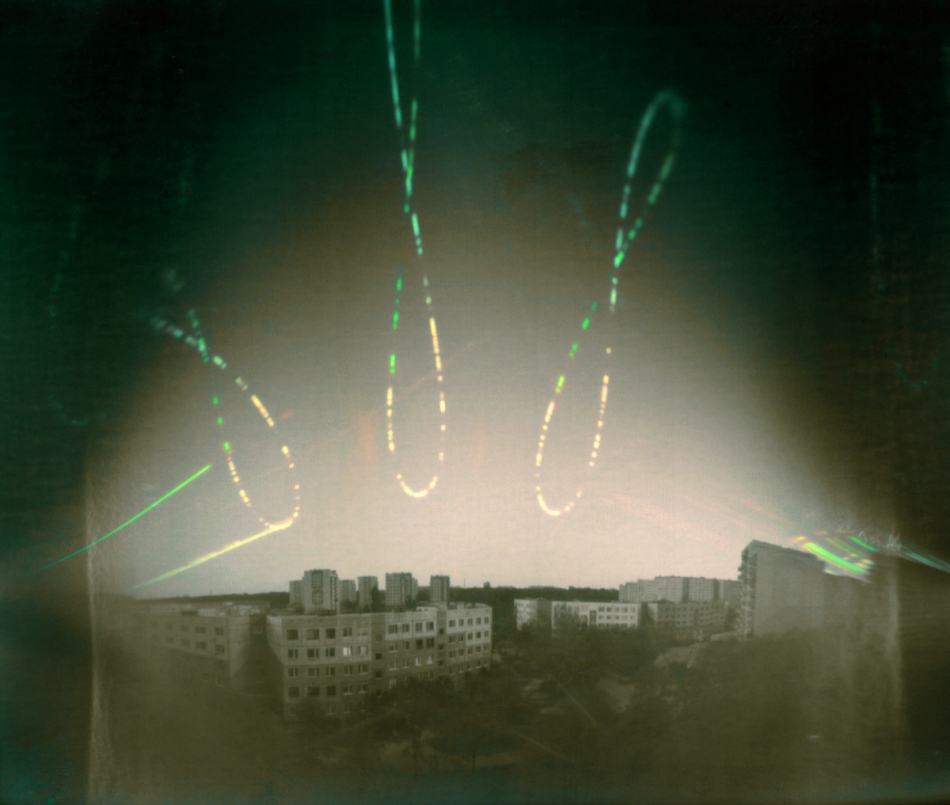 Explanation: Today is the equinox. The Sun crosses the celestial equator heading north at 16:57 UT, marking the northern hemisphere's first day of spring. To celebrate, consider this remarkable image following the Sun's yearly trek through planet Earth's sky, the first analemmas exposed every day through the technique of solargraphy. In fact, three analemma curves were captured using a cylindrical pinhole camera by daily making three, separate, one minute long exposures for a year, from March 1, 2013 to March 1, 2014, on a single piece of black and white photographic paper. The well-planned daily exposures began at 10:30, 12:00, and 13:30, CET from a balcony looking south from the Kozanów district in Wrocław, Poland. That year's two equinoxes on March 20 and September 22 correspond to the mid-points, not the cross-over points, along the figure-8 shaped curves. Apparent gaps in the curves are due to cloudy days. Two solid lines at the lower left were both caused by a timer switch failure that left the pinhole shutter open.