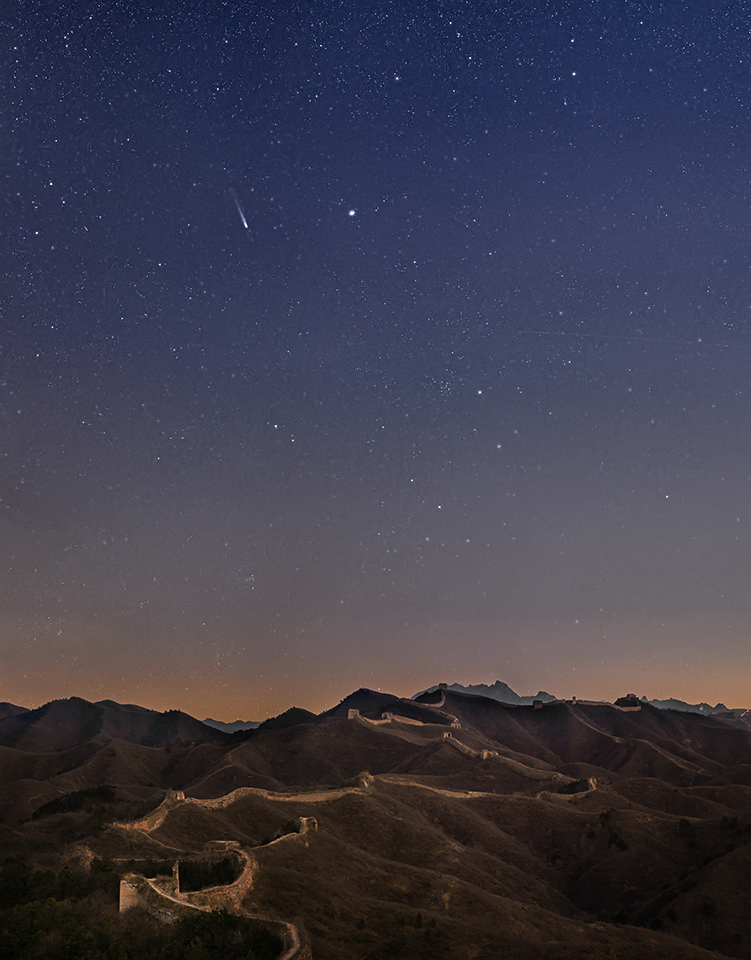 Explanation: Fading now as it returns to the outer solar system Comet Lovejoy (C/2013 R1) still graces planet Earth's sky, a delicate apparition in binoculars or small telescopes. The comet, a relic of the solar system's formative years, is seen here rising in the morning twilight on January 12 among the stars of Ophiuchus, the Serpent Bearer. Posing near the comet is bright star Alpha Ophiuchi, also known as Rasalhague, from Arabic "the head of the serpent collector". Of course, the serpentine shape below is the ancient Great Wall of China, along the Panlongshan section northeast of Beijing. Panlongshan is translated as "a coiled dragon". A moving and fortuitous scene, it was captured with a digital camera and telephoto lens in two consecutive exposures. The exposures were merged to show a natural looking foreground and twilight sky.