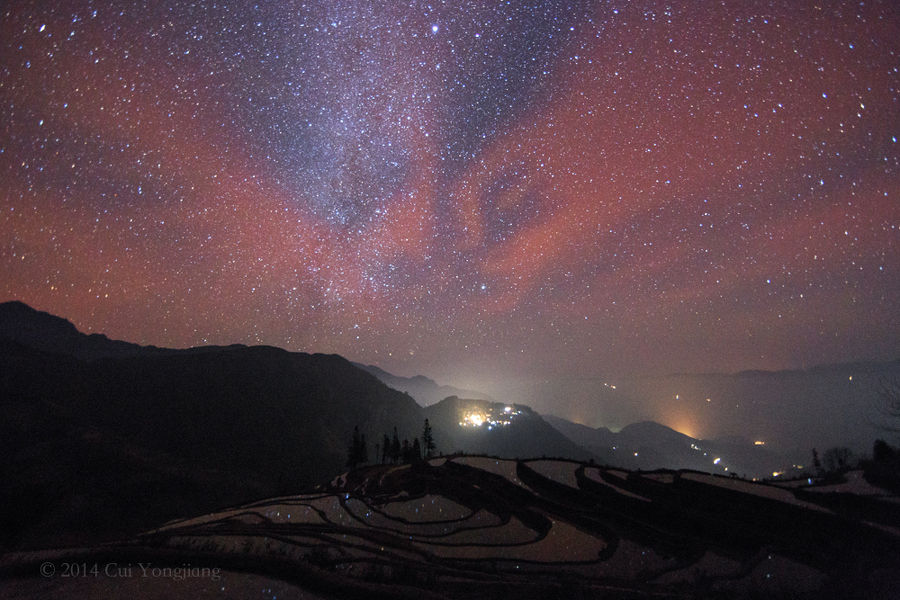 Explanation: Long after sunset on January 25 an unusually intense red airglow floods this south-looking skyscape. The scene was recorded with a long exposure using a digital camera over Yunnan Province in southwest China. At best faintly visible to the eye, the lingering airglow is due to chemiluminescence, the production of light through chemical excitation. Originating at an altitude similar to aurora, it can found around the globe. The chemical energy is initially provided by the Sun's extreme ultraviolet radiation On this night, despite the luminous atmosphere, the band of the Milky Way clearly stretches above the horizon with bright star Sirius near the top of the frame. Both airglow and starry sky are beautifully reflected in region's watery Yuanyang rice terraces below.