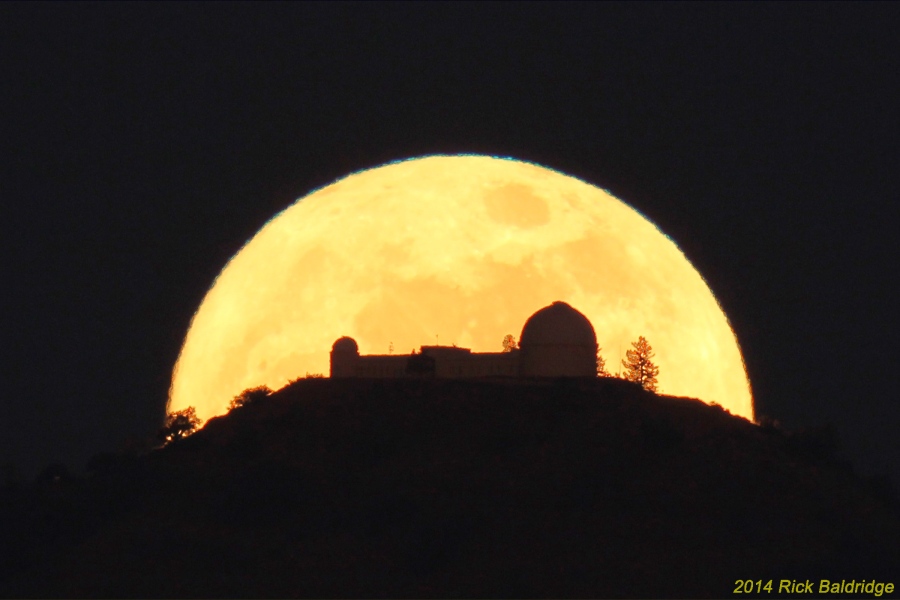 Explanation: This big, bright, beautiful Full Moon rose over Lick Observatory Wednesday night. Traditionally a full moon in January might be called the Wolf Moon. But this moon reached its full phase on January 16, 4:54 UT, within about 2 hours of apogee, the most distant point in its elliptical orbit around planet Earth. That also makes it the smallest full moon of 2014. Of course the difference in apparent size between the largest and smallest full moons is hard to see, because the difference in distance between lunar apogee and perigee, or closest point in the Moon's orbit, is only about 50,000 kilometers, while the Moon's average distance is around 385,000 kilometers. Though not by much, this apogee's full moon was also the smallest full moon of the last 1,000 years. It will keep that distinction until a slightly smaller full moon occurs close to apogee in 2154.