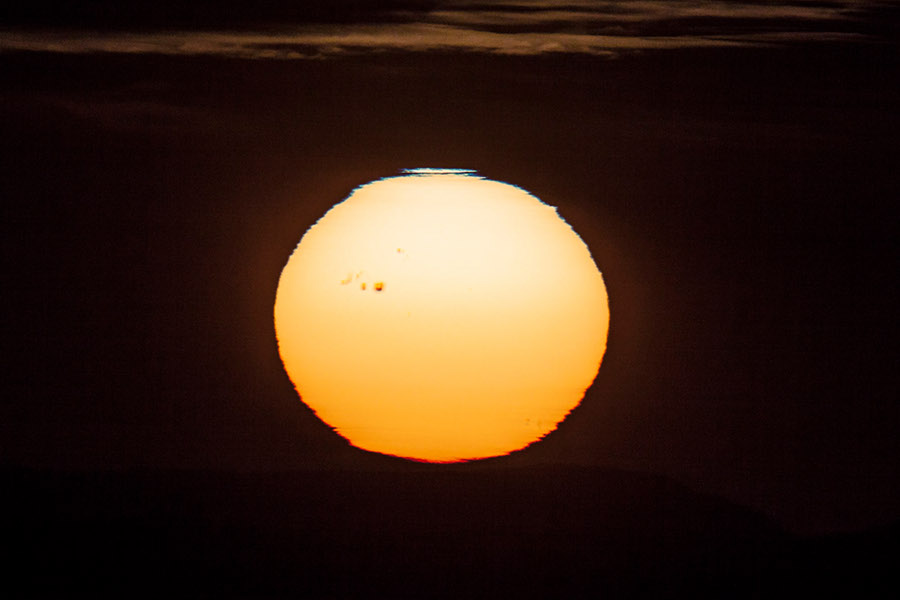 Explanation: Sunsets may be the most watched celestial event, but lately sunsets have even offered something extra. A sunspot so large it was visible to the naked eye is captured in Swiss skies in this sunset scene from January 5, crossing left to right near the center of a solar disk dimmed and distorted by Earth's dense atmosphere. Detailed views reveal a large solar active region composed of sunspots, some larger than planet Earth itself. Cataloged as active region AR 1944, on January 7 it produced a substantial solar flare and a coronal mass ejection (CME) forecast to reach Earth. The CME could trigger geomagnetic storms and aurora on January 9.