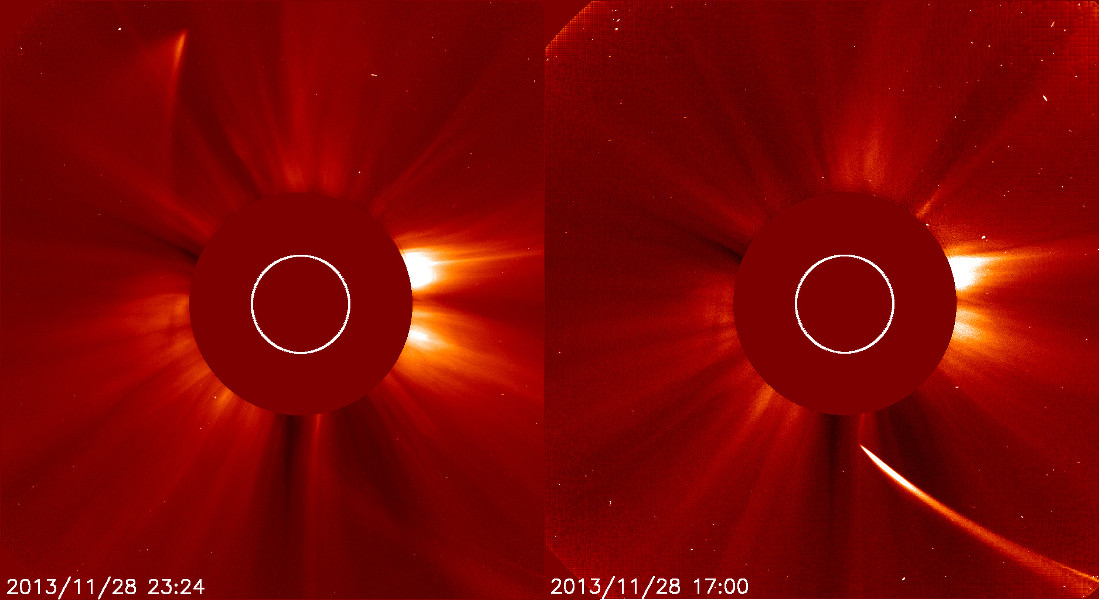 Comet ISON Before and After
Image Credit: NASA, SOHO

Explanation: Sungrazing Comet ISON reached perihelion, its closest approach to the Sun, yesterday, November 28, at 18:45 UT. The comet passed just over 1 million kilometers above the solar surface, a distance less than the diameter of the Sun. These two panels follow ISON before (right) and after its close approach, imaged by the LASCO instrument onboard the Sun staring SOHO spacecraft. Overwhelming sunlight is blocked by LASCO's central occulting disk with a white circle indicating the Sun's positon and scale. The bright comet is seen along its path at the bottom of the before panel, but something much fainter exits near the top of the after panel, potentially a dust tail reforming from the debris left from ISON's perihelion passage.