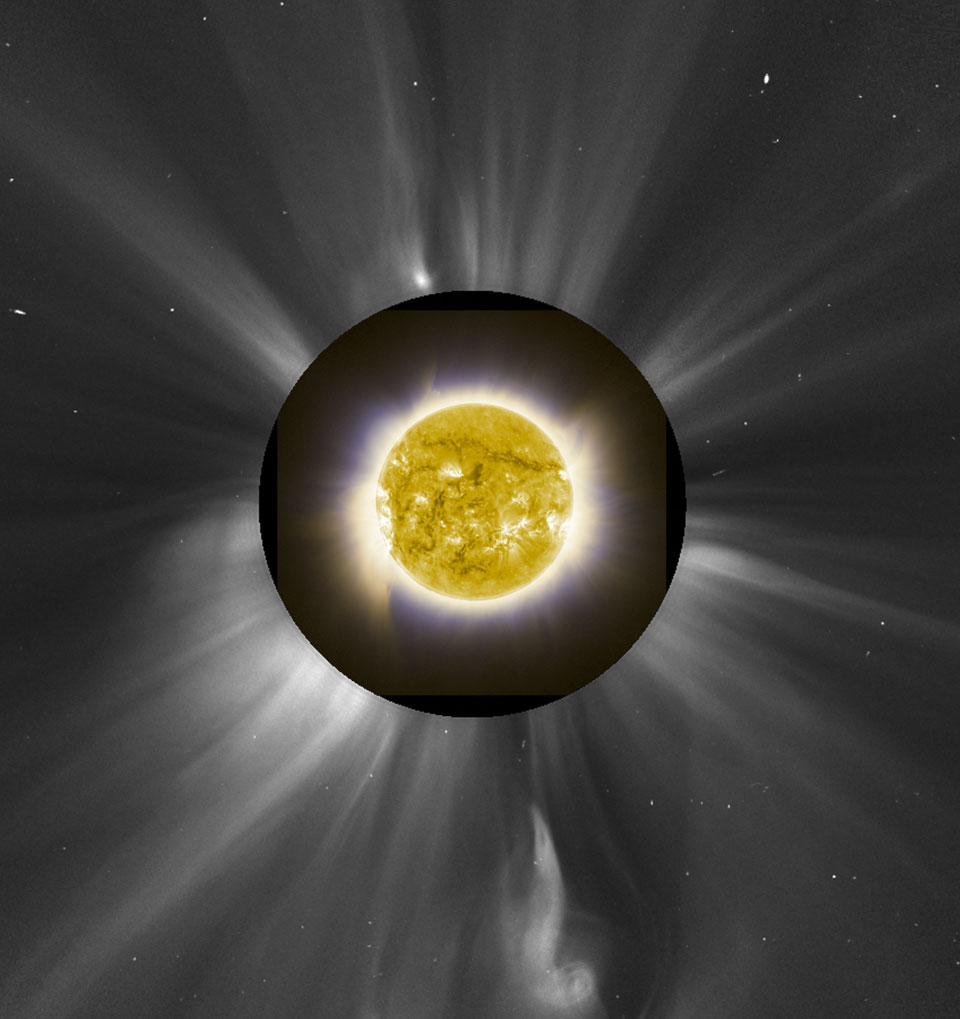 Explanation: Sometimes, a total eclipse of the Sun is an opportunity. Taking advantage of such, the above image shows the solar eclipse earlier this month as covered and uncovered by several different solar observatories. The innermost image shows the Sun in ultraviolet light as recorded over a few hours by the SWAP instrument aboard the PROBA2 mission in a sun-synchronous low Earth orbit. This image is surrounded by a ground-based eclipse image, reproduced in blue, taken from Gabon. Further out is a circularly blocked region used to artificially dim the central sun by the LASCO instrument aboard the Sun-orbiting SOHO spacecraft. The outermost image -- showing the outflowing solar corona -- was taken by LASCO ten minutes after the eclipse and shows an outflowing solar corona. Over the past few weeks, our Sun has been showing an unusually high amount of sunspots, CMEs, and flares -- activity that was generally expected as the Sun is currently going through Solar Maximum -- the busiest part of its 11 year solar cycle. The above resultant image is a picturesque montage of many solar layers at once that allows solar astronomers to better match up active areas on or near the Sun's surface with outflowing jets in the Sun's corona.