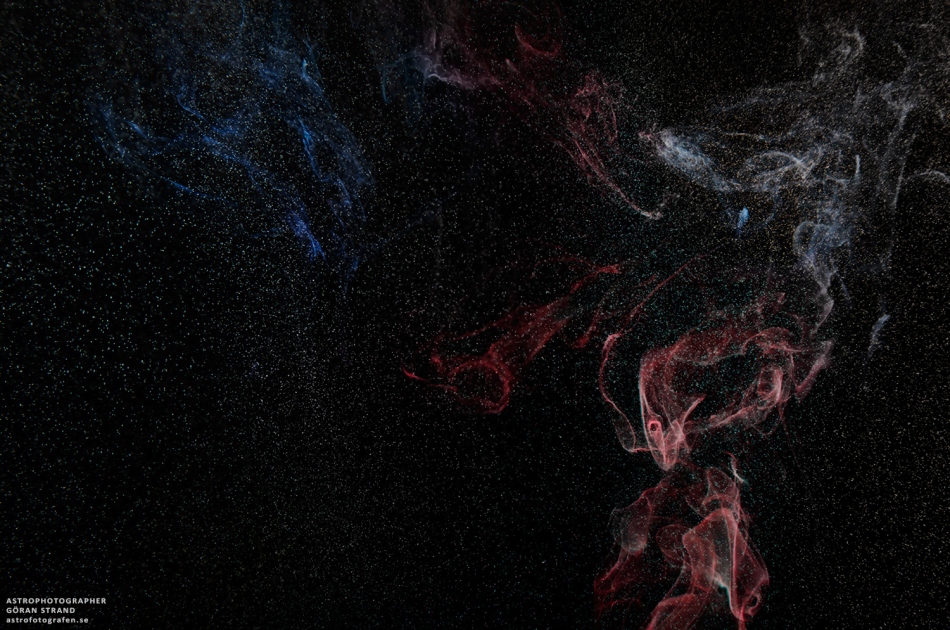 Explanation: NGC 7841 is probably known as the Smoke Nebula, found in the modern constellation of Frustriaus, the frustrated astrophotographer. Only a few light-nanoseconds from planet Earth, The Smoke Nebula is not an expanding supernova remnant along the plane of our Milky Way galaxy, though it does look a lot like one. Instead it was created by flash photography of rising smoke. The apparently rich starfield is actually composed of water droplets sprayed from a plant mister by an astrophotographer grown restless during a recent stretch of cloudy weather in Sweden. A single exposure and three external flashes were triggered to capture the not-quite-cosmic snapshot.