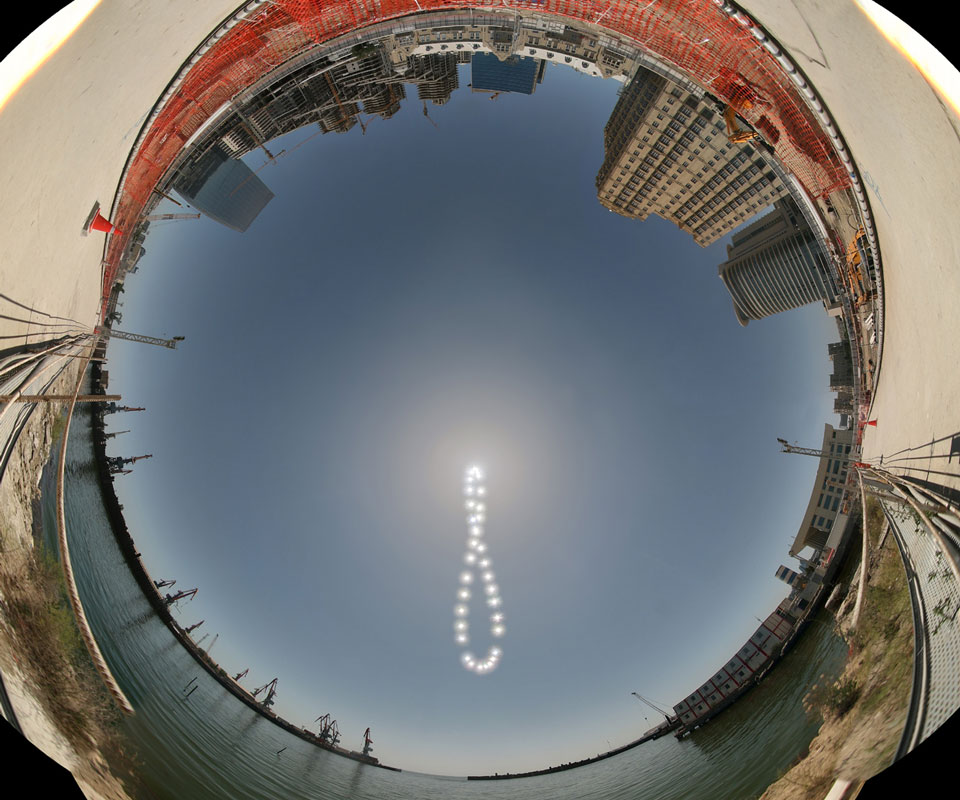 Explanation: Is the Sun always straight up at noontime? No. For example, the Sun never appears directly overhead from locations well north or south of the Earth's equator. Conversely, there is always a place on Earth where the Sun will appear at zenith at noon -- for example on the equator during an equinox. Turning the problem around, however, as in finding where the Sun actually appears to be at high noon, is as easy as waiting for midday, pointing your camera up, and taking a picture. If you do this often enough, you find that as the days march by, the Sun slowly traces out a figure eight on the sky. Pictured above is one such high noon analemma -- a series of pictures always taken at exactly noontime over the course of a year. The above fisheye image, accumulated mostly during 2012, also shows some buildings and trees of Baku, Azerbaijan around the edges.