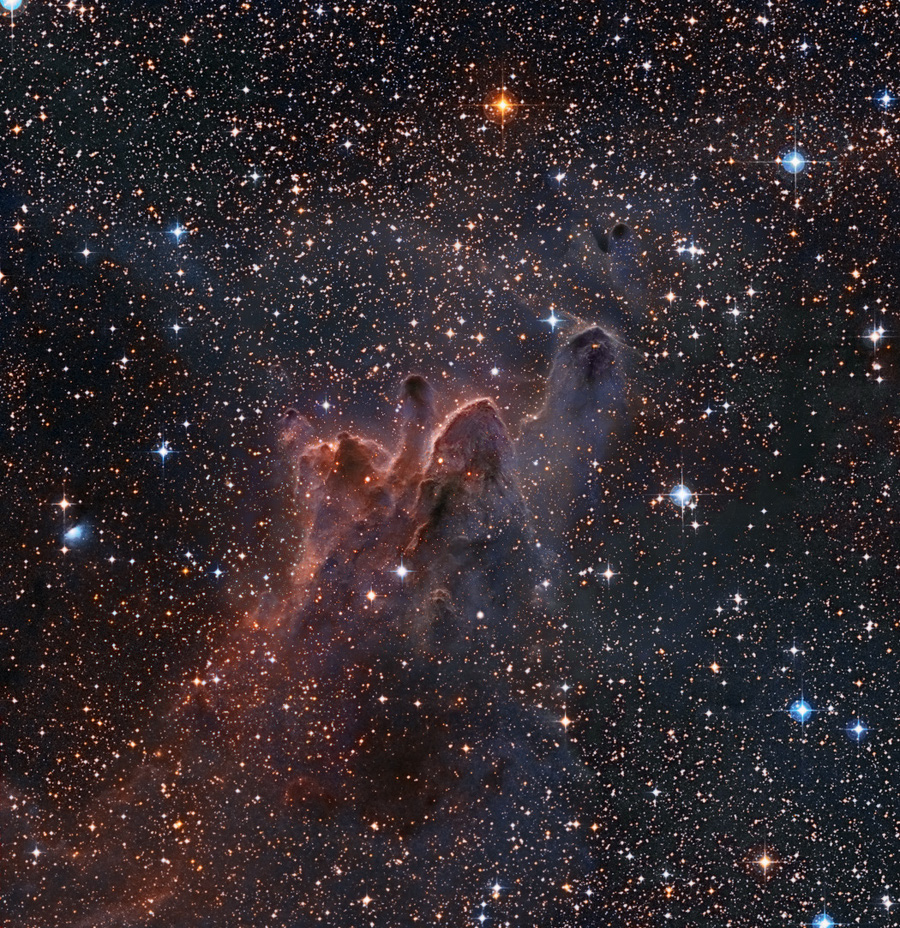 Explanation: Bright-rimmed, flowing shapes gather near the center of this rich starfield toward the boarders of the nautical southern constellations Pupis and Vela. Composed of interstellar gas and dust, the grouping of light-year sized cometary globules is about 1300 light-years distant. Energetic ultraviolet light from nearby hot stars has molded the globules and ionized their bright rims. The globules also stream away from the Vela supernova remnant which may have influenced their swept-back shapes. Within them, cores of cold gas and dust are likely collapsing to form low mass stars, whose formation will ultimately cause the globules to disperse. In fact, cometary globule CG30 (upper right in the group) sports a small reddish glow near its head, a telltale sign of energetic jets from a star in the early stages of formation.