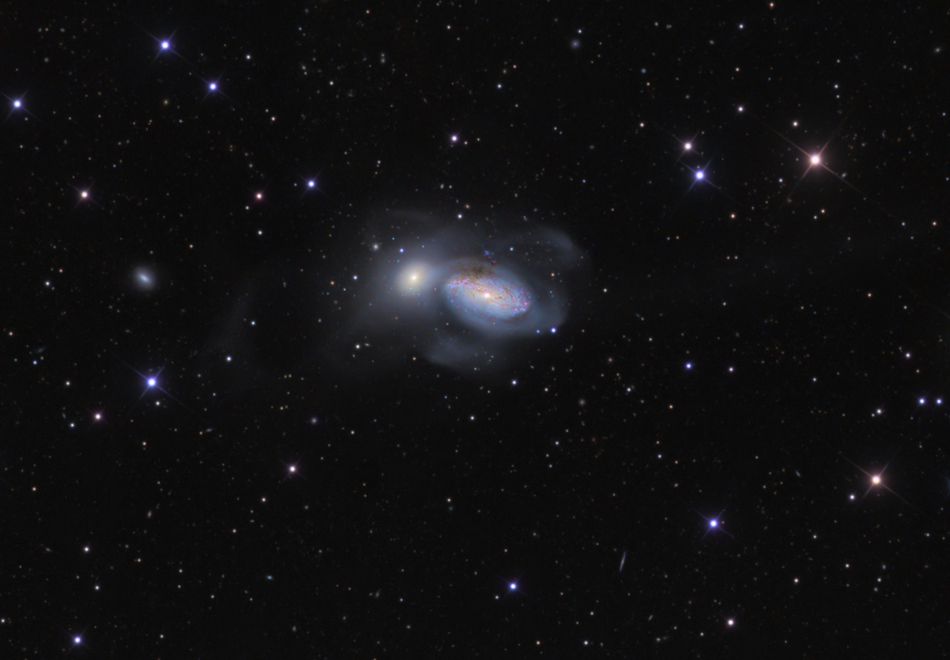 Explanation: This telescopic snapshot records a cosmic moment in the tumultuous lives of large spiral galaxy NGC 3227 and smaller elliptical NGC 3226. Catching them in the middle of an ongoing gravitational dance, the sensitive imaging also follows faint tidal star streams flung from the galaxies in their repeated close encounters. Over 50 million light-years distant toward the constellation Leo, the pair's appearance has earned them the designation Arp 94 in the classic catalog of peculiar galaxies. But such galactic collisions and mergers are now thought to represent a normal course in the evolution of galaxies, including our own Milky Way. Spanning about 90,000 light-years, similar in size to the Milky Way, NGC 3227 is recognized as an active Seyfert galaxy with a central supermassive black hole.