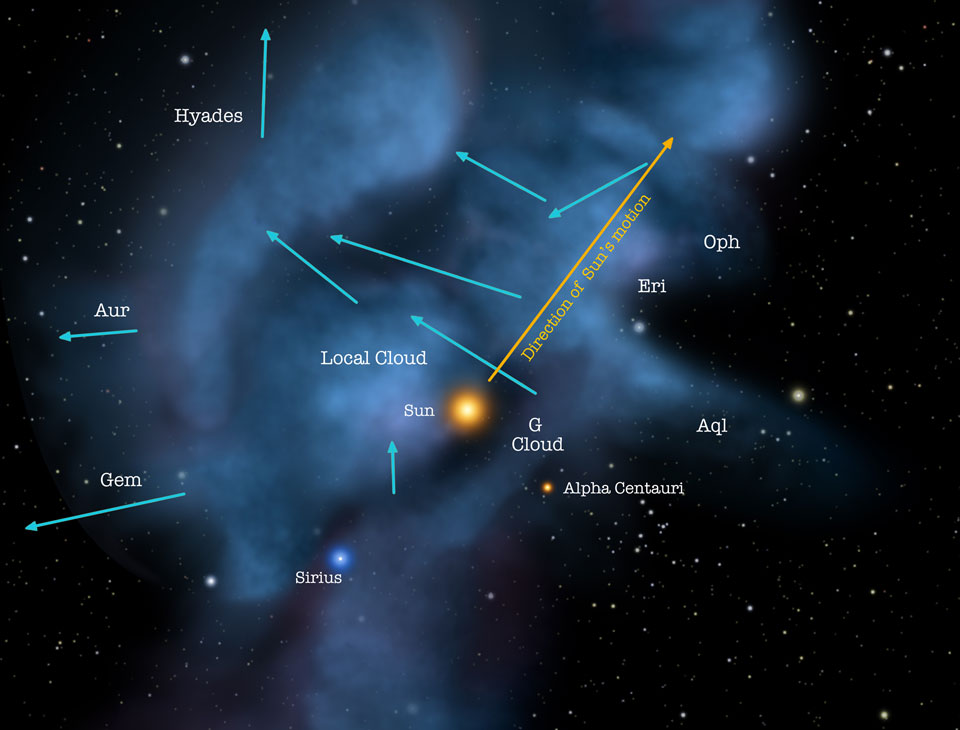 Explanation: The stars are not alone. In the disk of our Milky Way Galaxy about 10 percent of visible matter is in the form of gas, called the interstellar medium (ISM). The ISM is not uniform, and shows patchiness even near our Sun. It can be quite difficult to detect the local ISM because it is so tenuous and emits so little light. This mostly hydrogen gas, however, absorbs some very specific colors that can be detected in the light of the nearest stars. A working map of the local ISM within 20 light-years, based on ongoing observations and recent particle detections from the Earth-orbiting Interstellar Boundary Exporer satellite (IBEX), is shown above. These observations indicate that our Sun is moving through a Local Interstellar Cloud as this cloud flows outwards from the Scorpius-Centaurus Association star forming region. Our Sun may exit the Local Cloud, also called the Local Fluff, during the next 10,000 years. Much remains unknown about the local ISM, including details of its distribution, its origin, and how it affects the Sun and the Earth. Unexpectedly, recent IBEX spacecraft measurements indicate that the direction from which neutral interstellar particles flow through our Solar System is changing.