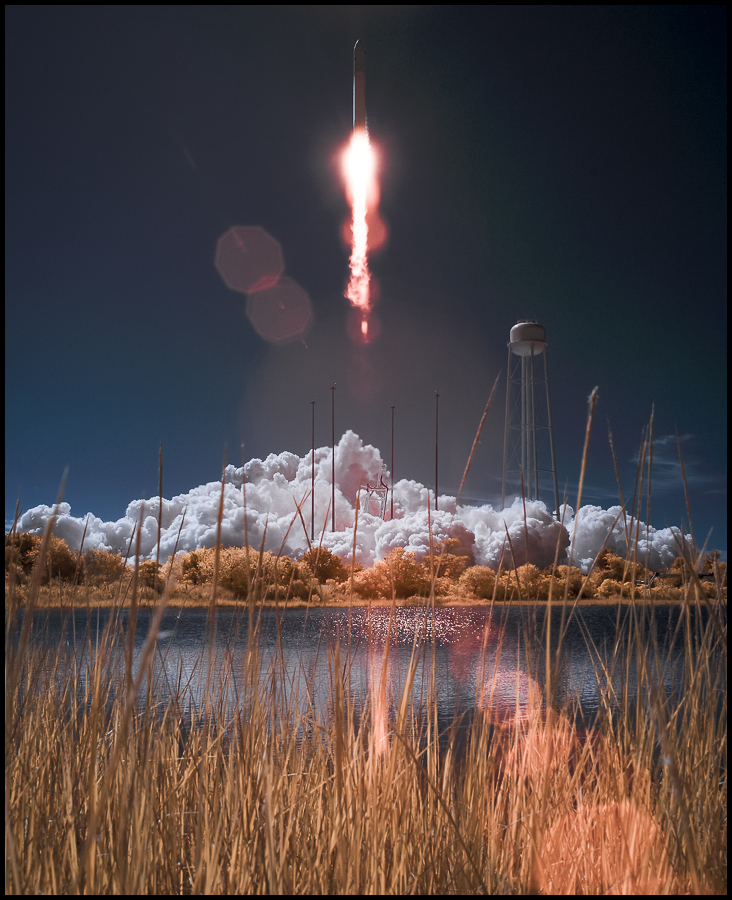 Explanation: The sky looks dark in this scene from the Mid-Atlantic Regional Spaceport (MARS) at NASA Wallops Flight Facility, Virginia. Captured on Wednesday, September 18, an Orbital Sciences Corporation Antares rocket is leaving launch pad-0A with the Cygnus cargo spacecraft aboard. Though it looks like night, the photograph was taken at 10:58am EDT, under bright, clear morning skies, with a digital camera modified to record infrared images. The Sun itself is above and left of the picture frame, creating strong glare and internal reflections in the camera lens at near-infrared wavelengths. In the false-color presentation, the vegetation and watery reflections also take on an otherworldly pallor. Reaching orbit, the Cygnus spacecraft is now on its way to a Sunday rendezvous with the International Space Station. The spacecraft will deliver about 1,300 pounds (589 kilograms) of cargo to the Expedition 37 crew.