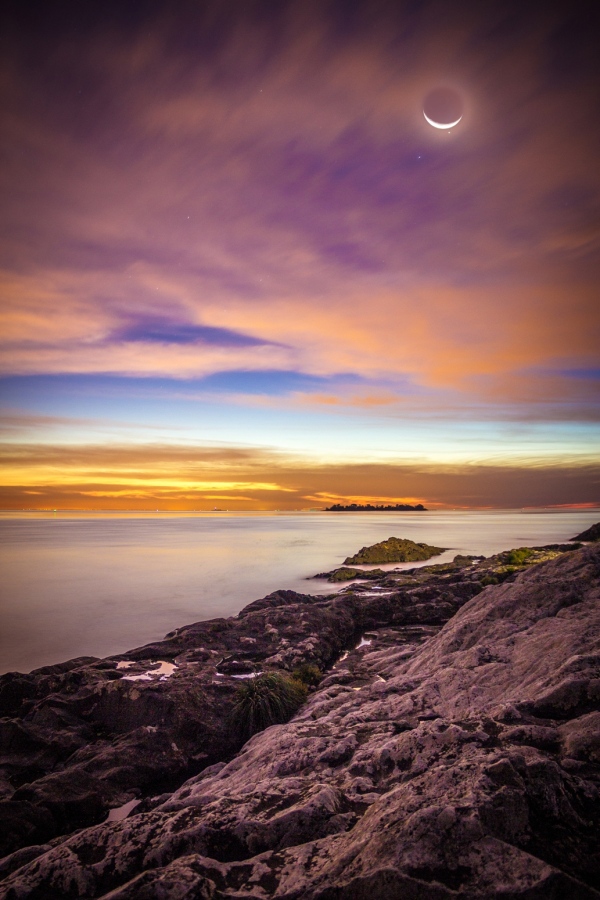 Explanation: In this engaging scene from planet Earth, the Moon shines through cloudy skies following sunset on the evening of September 8. Despite the fading light, the camera's long exposure still recorded a colorful, detailed view of a shoreline and western horizon looking toward the island San Gabriel from Colonia del Sacramento, Uruguay. Lights from Buenos Aires, Argentina are along the horizon on the left, across the broad Rio de la Plata estuary. The long exposure strongly overexposed the Moon and sky around it, though. So the photographer quickly snapped a shorter one to merge with the first image in the area around the bright lunar disk. As the the second image was made with a telephoto setting, the digital merger captures both Earth and sky, exaggerating the young Moon's slender crescent shape in relation to the two nearby bright stars. The more distant is bluish Spica, alpha star of the constellation Virgo. Closest to the Moon is Earth's evening star, planet Venus, emerging from a lunar occultation.