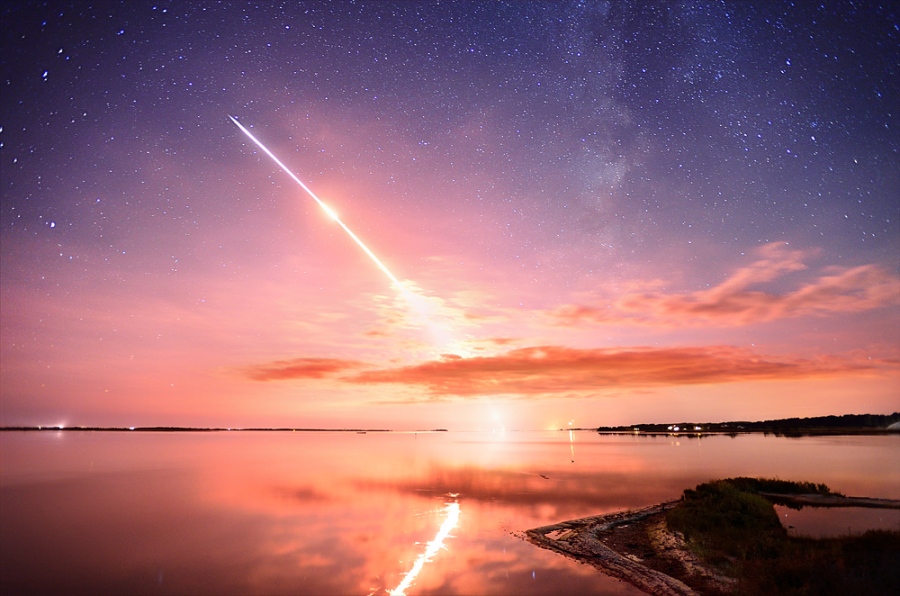 Explanation: On September 6, a starry night and the Milky Way witnessed the launch of a Minotaur V rocket from NASA's Wallops Flight Facility on Wallops Island, Virginia. So did a large part of the eastern United States, as the spectacular night launch was easily visible even from light polluted urban areas. This 35 second exposure captures part of the rocket's initial launch streak and 2nd stage ignition flare along with a fiery reflection in calm waters. The stunning view faces south and west from a vantage point overlooking Sinepuxent Bay in Maryland about 20 miles north of the launch pad. Heading east over the Atlantic, the multi-stage rocket placed LADEE, the Lunar Atmosphere and Dust Environment Explorer, into a highly elliptical Earth orbit to begin its journey to the Moon.