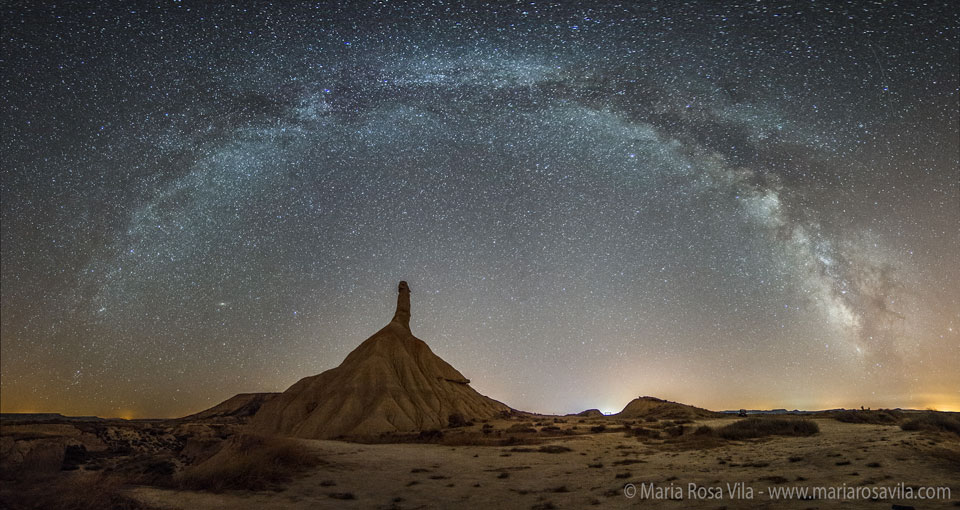 Explanation: What's that below the Milky Way? First, across the top of the above image, lies the faint band that is our planet's sideways view of the central disk of our home Milky Way Galaxy. The Milky Way band can be seen most clear nights from just about anywhere on Earth with a dark sky. What lies beneath is, by comparison, is a much less common sight. It is the striking peak of Castildetierra, a rock formation located in Bardenas Reales, a natural badlands in northeast Spain. Standing 50 meters tall, the rock spire includes clay and sandstone left over from thousands of years of erosion by wind and water. The astrophotographer waited months for the sky to appear just right -- and then took the 14 exposures that compose the above image in a single night.