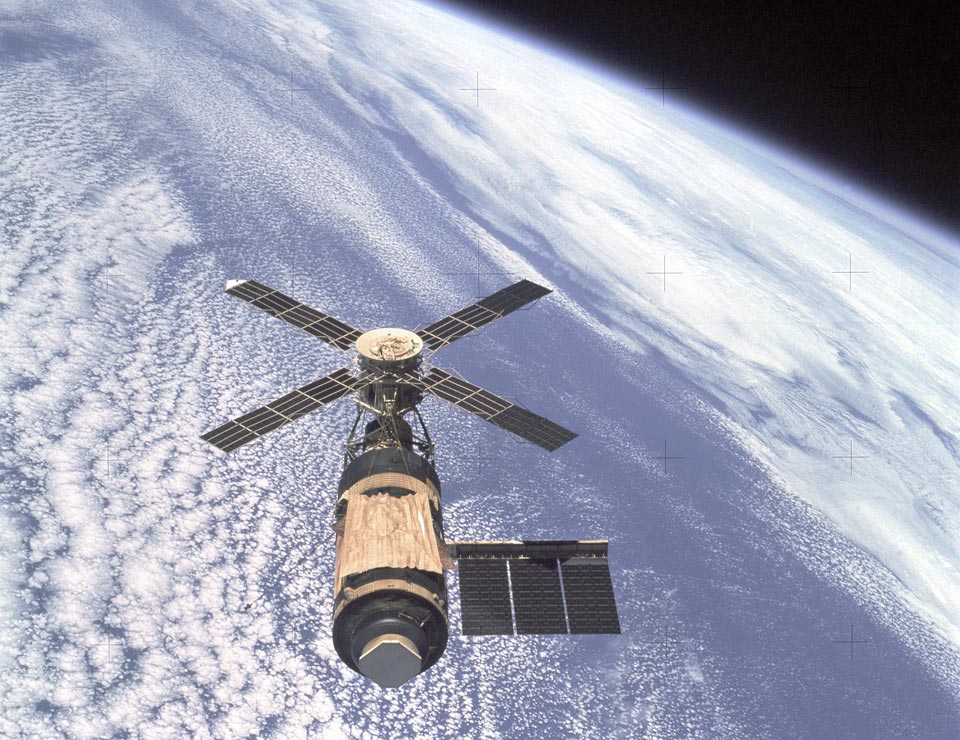 Explanation: Skylab was an orbiting laboratory launched by a Saturn V rocket in May 1973. Skylab, pictured above, was visited three times by NASA astronauts who sometimes stayed as long as two and a half months. Many scientific tests were performed on Skylab, including astronomical observations in ultraviolet and X-ray light. Some of these observations yielded valuable information about Comet Kohoutek, our Sun and about the mysterious X-ray background - radiation that comes from all over the sky. Skylab fell back to earth on 1979 July 11.