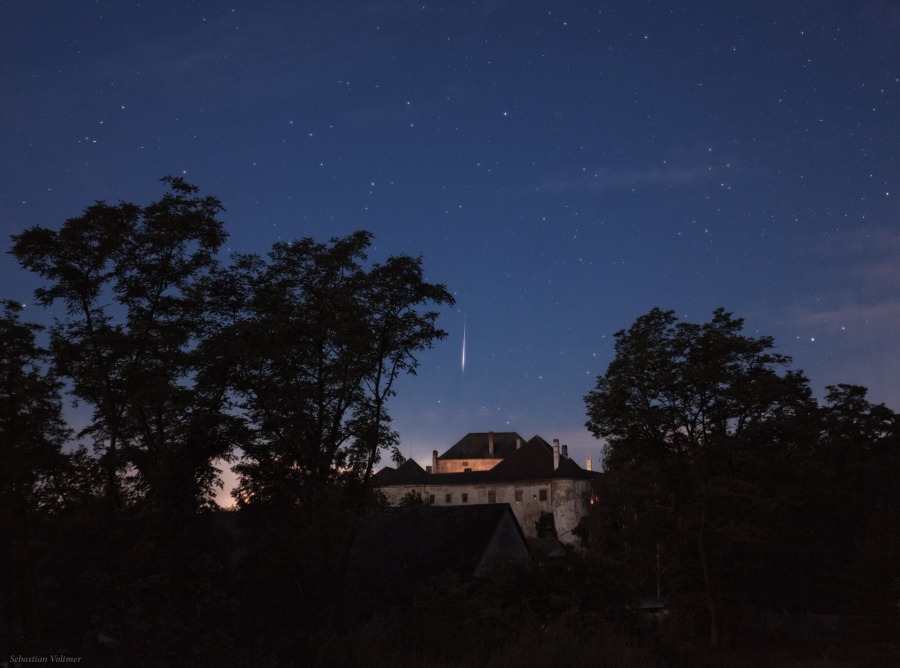 Explanation: Medieval Albrechtsberg castle is nestled in trees near the northern bank of the river Pielach and the town of Melk, Austria. In clearing night skies on August 12, 2012 it stood under constellations of the northern summer, including Aquarius, Aquila, and faint, compact Delphinus (above and right of center) in this west-looking skyview. The scene also captures a bright meteor above the castle walls. Part of the annual perseid meteor shower, its trail points back toward the heroic constellation Perseus high above the horizon in the early morning hours. Entering the atmosphere at about 60 kilometers per second, perseid meteors are swept up dust grains from the tail of comet Swift-Tuttle. Of course, this year's perseid meteors will flash through night skies this weekend.