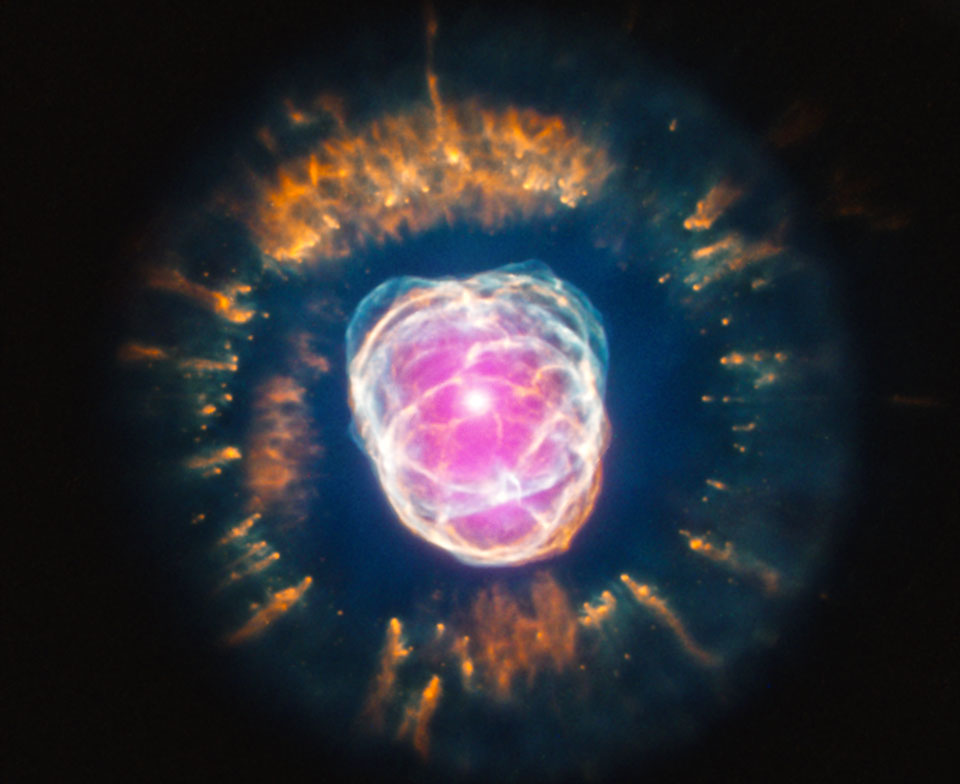 Explanation: In 1787, astronomer William Herschel discovered the NGC 2392. From the ground, NGC 2392 resembles a person's head surrounded by a parka hood. In 2000, the Hubble Space Telescope imaged NGC 2392 in visible light, while the nebula was imaged in X-rays by the Chandra X-ray Observatory in 2007. The above combined visible-X ray image, with X-rays emitted by central hot gas and shown in pink, was released last week. From space, the nebula displays gas clouds so complex they are not fully understood. NGC 2392 is clearly a planetary nebula, and the gas seen above composed the outer layers of a Sun-like star only 10,000 years ago. The inner filaments visible above are being ejected by strong wind of particles from the central star. The outer disk contains unusual light-year long orange filaments. NGC 2392 Nebula spans about 1/3 of a light year and lies in our Milky Way Galaxy, about 3,000 light years distant, toward the constellation of the Twins (Gemini).