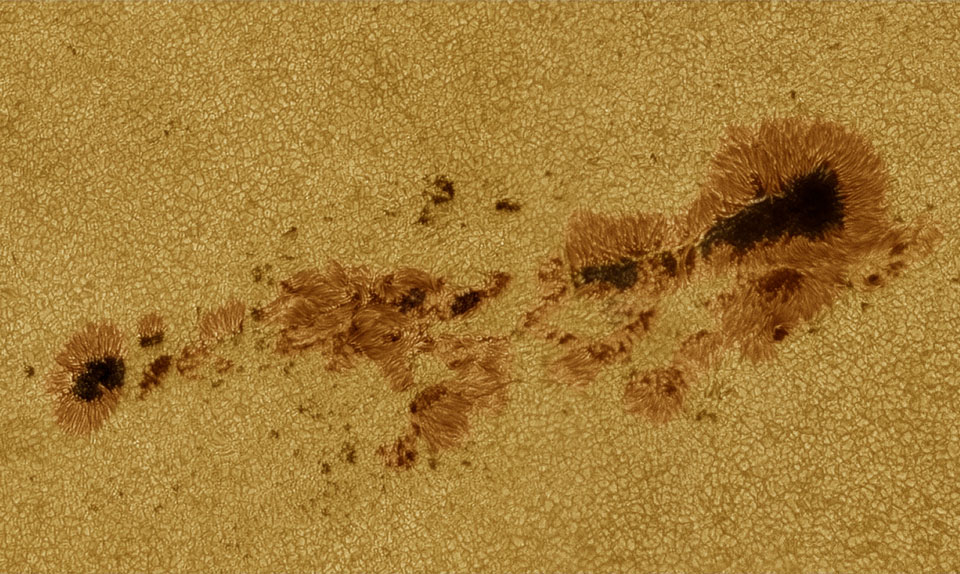 Explanation: One of the largest sunspot regions in recent years is now crossing the Sun. This region of convoluted magnetic fields may well produce a solar flare that releases a cloud of energetic particles into the Solar System. Were a very powerful cloud to impact the Earth's magnetosphere, it could be dangerous to Earth-orbiting astronauts and satellites. Conversely, the impact of even a less energetic cloud might create picturesque aurora. Pictured above is the sunspot region as it appeared two days ago. The rightmost part of this region has been cataloged as AR 11785, while the left part as AR 11787. The darkest sunspot regions contain nearly vertical magnetic fields and are called umbras, while the surrounding bronze regions -- more clearly showing stringy magnetic flux tubes -- are called penumbras. Churning solar granules, many about 1000 km across, compose the yellow background region. No one knows what this sunspot region will do, but space weather researchers are monitoring it closely.