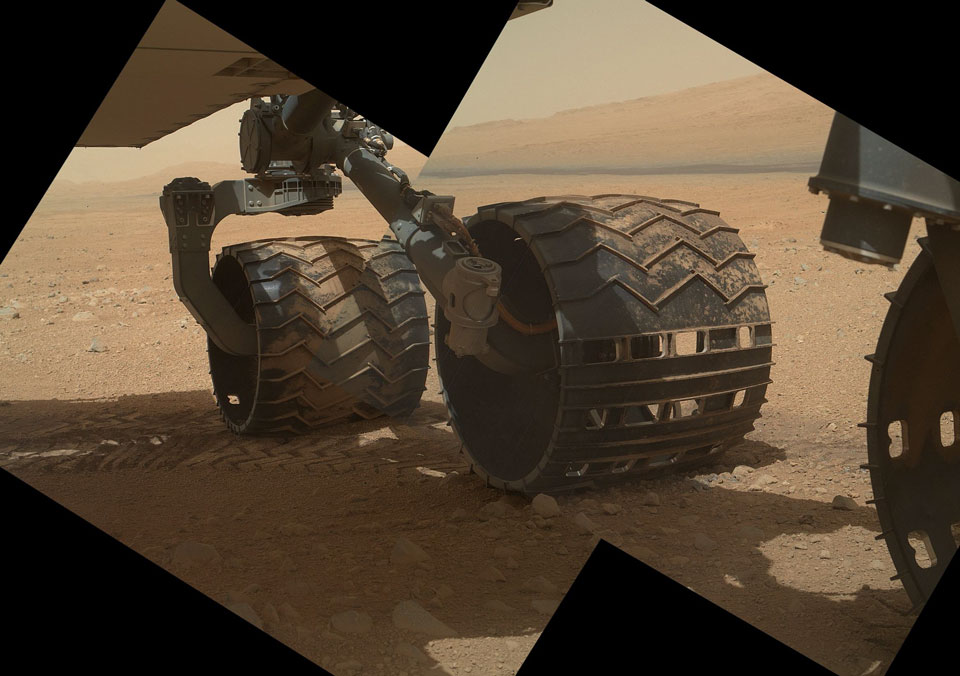 Explanation: Could life ever have existed on Mars? To help find out, humanity landed the Curiosity rover on Mars last August. To make sure the car-sized explorer survived the interplanetary trip and dramatic landing intact, the above image and others was taken peering at, under, and around Curiosity. Pictured above in this unusual vista are three of Curiosity's six wheels, each measuring about half a meter across. In recent months, Curiosity has been exploring the surroundings of an area dubbed Yellowknife Bay. Analyses of data taken by Curiosity's cameras and onboard laboratories has provided strong new evidence that Mars could once have supported life. In the distance is part of the slope to the central peak inside Gale Crater that Curiosity is scheduled to attempt to climb -- Mt. Sharp.