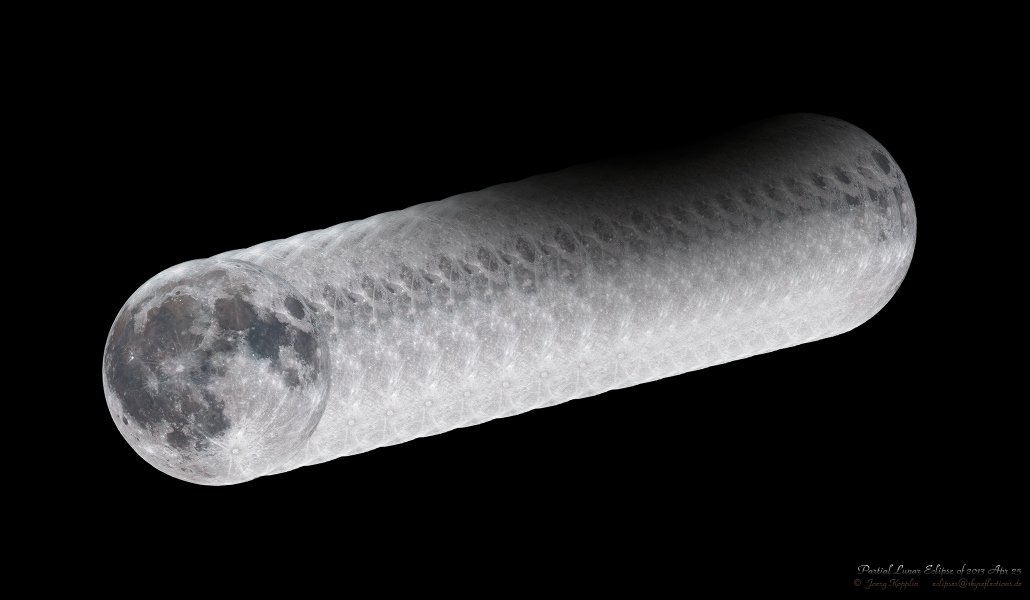 Explanation: A close series of consecutive exposures are combined in this intriguing composite of the Full Moon slowly crawling, across the sky. Beginning on the upper right at 19:42 UT and ending at 22:14 UT on April 25, the sequence follows the Moon from Germany as it passes through Earth's shadow in a partial lunar eclipse. Near the top, the Moon just grazes the southern edge of Earth's dark central shadow, or umbra. But the decreased brightness in the darker part of the outer shadow region, the penumbra, is also apparent on the lunar disk. In fact, the relative size and shape of the Earth's shadow regions and the Moon are easier to see along the segments of this lunar caterpillar. Nearly impossible to follow with the eye though, a penumbral lunar eclipse, the Full Moon passing only through the pale outer penumbral shadow, will begin on May 25.