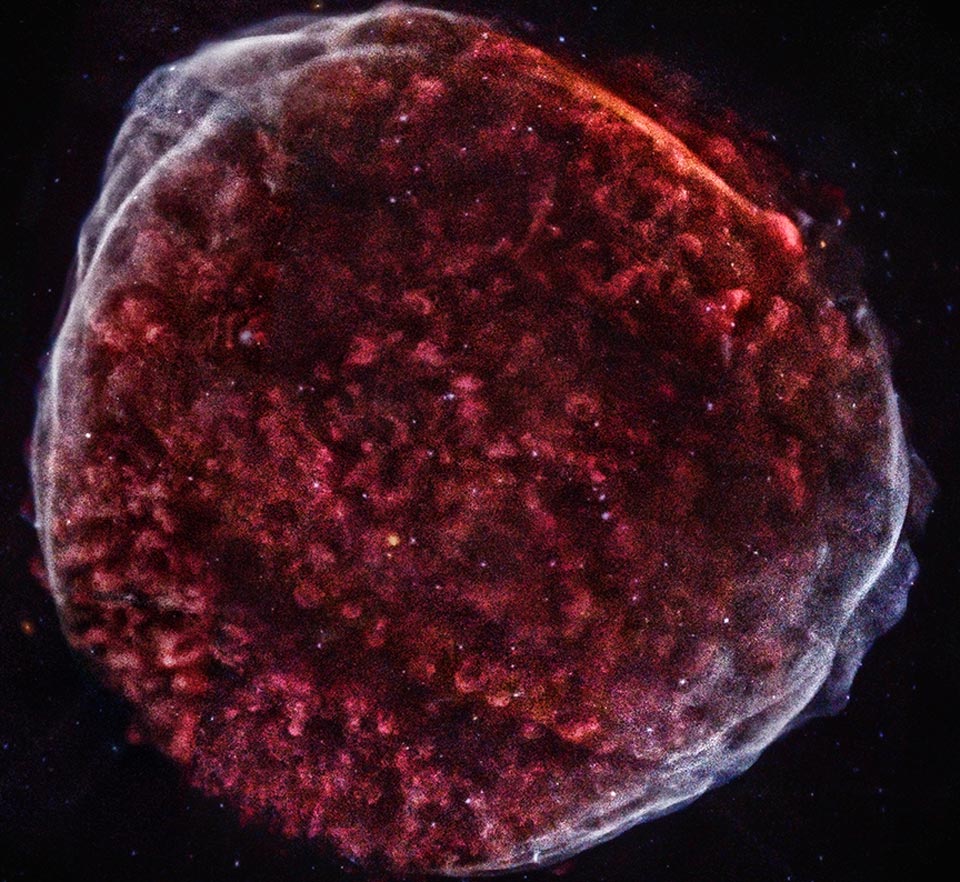 Explanation: What looks like a puff-ball is surely the remains of the brightest supernova in recorded human history. In 1006 AD, it was recorded as lighting up the nighttime skies above areas now known as China, Egypt, Iraq, Italy, Japan, and Switzerland. The expanding debris cloud from the stellar explosion, found in the southerly constellation the Wolf (Lupus), still puts on a cosmic light show across the electromagnetic spectrum. In fact, the above image results from three colors of X-rays taken by the orbiting Chandra X-ray Observatory. Now known as the SN 1006 supernova remnant, the debris cloud appears to be about 60 light-years across and is understood to represent the remains of a white dwarf star. Part of a binary star system, the compact white dwarf gradually captured material from its companion star. The buildup in mass finally triggered a thermonuclear explosion that destroyed the dwarf star. Because the distance to the supernova remnant is about 7,000 light-years, that explosion actually happened 7,000 years before the light reached Earth in 1006. Shockwaves in the remnant accelerate particles to extreme energies and are thought to be a source of the mysterious cosmic rays.