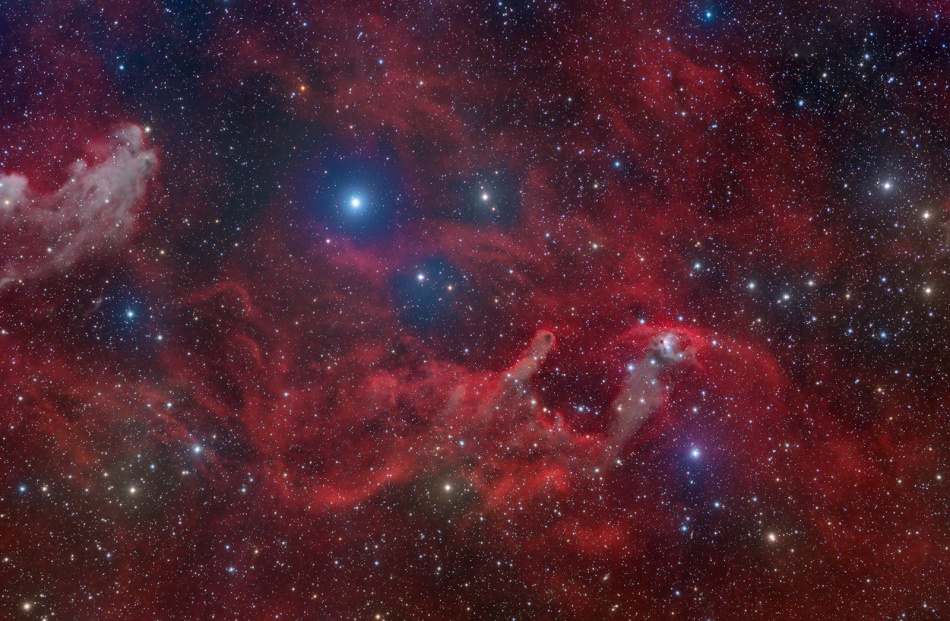 Explanation: This skyscape finds an esthetic balance of interstellar dust and gas residing in the suburbs of the nebula rich constellation of Orion. Reflecting the light of bright star Rigel, Beta Orionis, the jutting, bluish chin of the Witch Head Nebula is at the upper left. Whiskers tracing the red glow of hydrogen gas ionized by ultraviolet starlight seem to connect that infamous visage with smaller nebulae, like dusty reflection nebula NGC 1788 at the right. Strong winds from Orion's bright stars have also shaped NGC 1788, and likely triggered the formation of the young stars within. Appropriate for its location, NGC 1788 looks to some like a cosmic bat. The scene spans about 3 degrees on the sky or 6 full Moons.