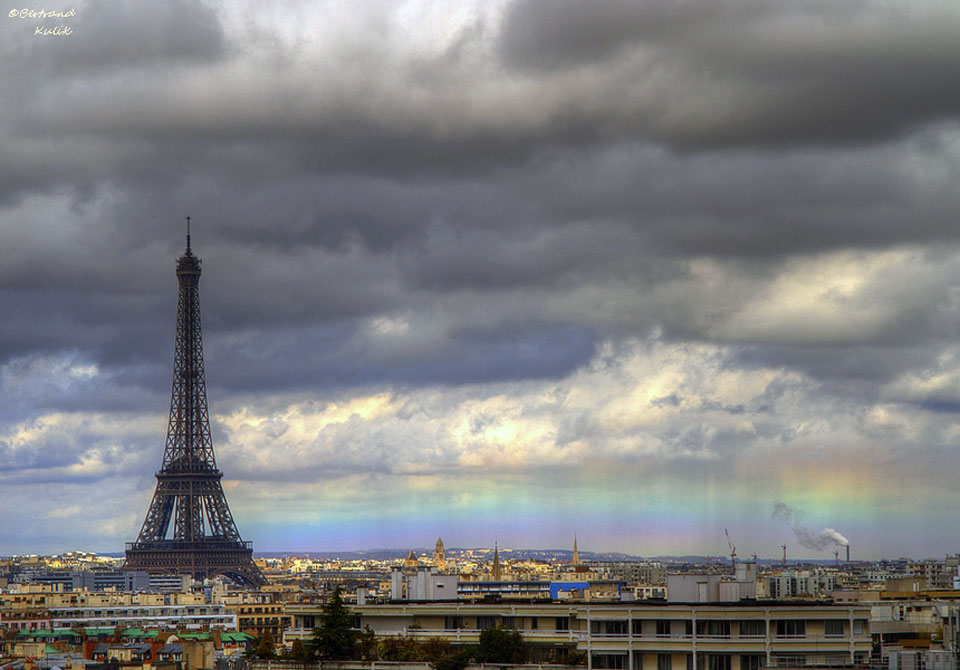 Explanation: Why is this horizon so colorful? Because, opposite the Sun, it is raining. What is pictured above is actually just a common rainbow. It's uncommon appearance is caused by the Sun being unusually high in the sky during the rainbow's creation. Since every rainbow's center must be exactly opposite the Sun, a high Sun reflecting off of a distant rain will produce a low rainbow where only the very top is visible -- because the rest of the rainbow is below the horizon. Furthermore, no two observers can see exactly the same rainbow -- every person finds themselves exactly between the Sun and rainbow's center, and every observer sees the colorful circular band precisely 42 degrees from rainbow's center. The above image featuring the Eiffel Tower was taken in Paris, France last week. Although the intermittent thunderstorms lasted for much of the day, the horizon rainbow lasted for only a few minutes.