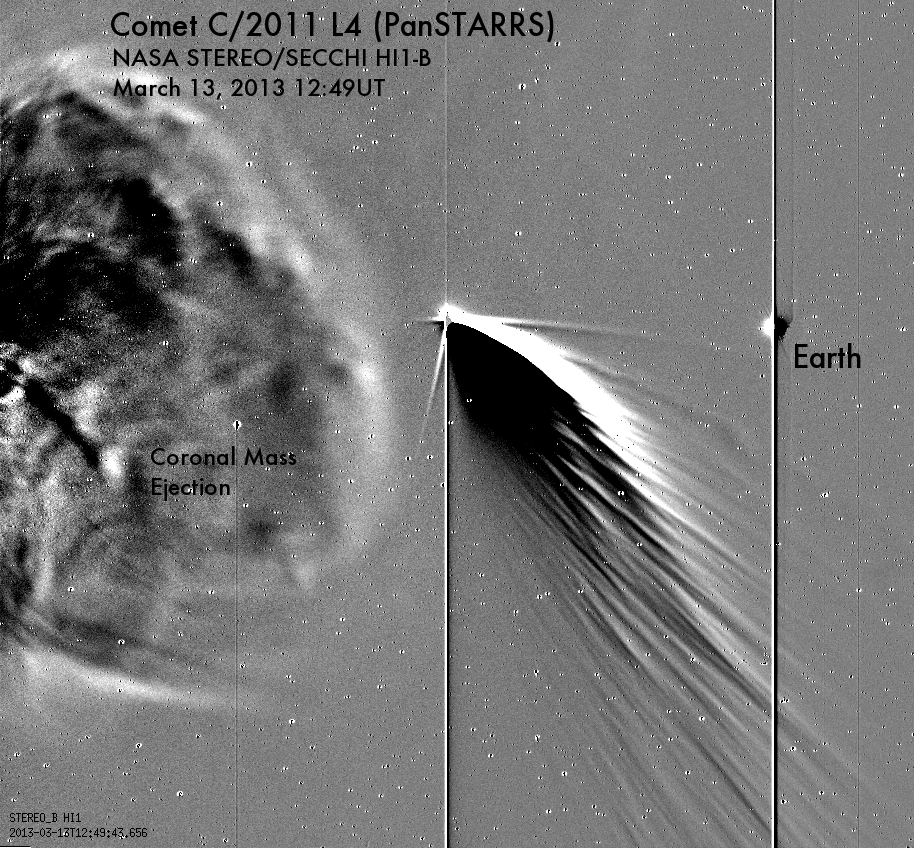 Explanation: After appearing in a popular photo opportunity with a young crescent Moon near sunset, naked-eye Comet PanSTARRS continues to rise in northern hemisphere skies. But this remarkable interplanetary perspective from March 13, finds the comet posing with our fair planet itself - as seen from the STEREO Behind spacecraft. Following in Earth's orbit, the spacecraft is nearly opposite the Sun and looks back toward the comet and Earth, with the Sun just off the left side of the frame. At the left an enormous coronal mass ejection (CME) is erupting from a solar active region. Of course, CME, comet, and planet Earth are all at different distances from the spacecraft. (The comet is closest.) The processed digital image is the difference between two consecutive frames from the spacecraft's SECCHI Heliospheric Imager, causing the strong shadowing effect for objects that move between frames. Objects that are too bright create the sharp vertical lines. The processing reveals complicated feather-like structures in Comet PanSTARRS's extensive dust tail.