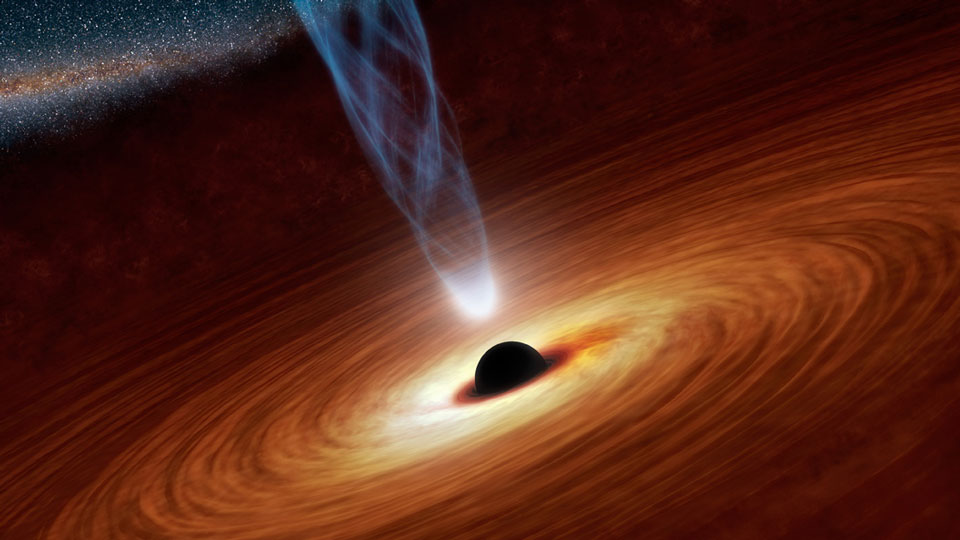 Explanation: How fast can a black hole spin? If any object made of regular matter spins too fast -- it breaks apart. But a black hole might not be able to break apart -- and its maximum spin rate is really unknown. Theorists usually model rapidly rotating black holes with the Kerr solution to Einstein's General Theory of Relativity, which predicts several amazing and unusual things. Perhaps its most easily testable prediction, though, is that matter entering a maximally rotating black hole should be last seen orbiting at near the speed of light, as seen from far away. This prediction was tested recently by NASA's NuSTAR and ESA's XMM satellites by observing the supermassive black hole at the center of spiral galaxy NGC 1365. The near light-speed limit was confirmed by measuring the heating and spectral line broadening of nuclear emissions at the inner edge of the surrounding accretion disk. Pictured above is an artist's illustration depicting an accretion disk of normal matter swirling around a black hole, with a jet emanating from the top. Since matter randomly falling into the black hole should not spin up a black hole this much, the NuSTAR and XMM measurements also validate the existence of the surrounding accretion disk.